The university achieved uninterrupted uptime by leveraging PTC's solution for Internet of Things scalability to connect disparate devices across the campus.

The University of Pennsylvania (Penn), a private Ivy League research university located in Philadelphia, Penn., is one of nine colonial colleges founded prior to the Declaration of Independence, and the first institution of higher learning in the United States to refer to itself as a university. The college is attended by more than 25,000 students, with a total regular workforce of over 17,500 faculty and staff. Penn’s West Philadelphia campus comprises 299 acres with more than 300 buildings. 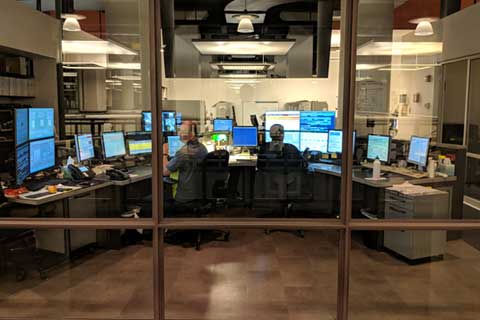 Over the past decade, Penn has added five million square feet of new and renovated space and 25 percent more green space, further broadening the reach of its 12 schools located on a single campus. This rapid growth made maintaining visibility into the 600,000 sensor points in more than 300 buildings across campus activities and equipment an increasingly difficult task. Campus buildings range from office buildings, dorms and research labs, to HVAC buildings, data centers and hospitals. Monitoring all of these assets is a deeply complex challenge.

Penn purchased its original SCADA system, Process Vision, in 1993. This enabled interconnectivity across all buildings on campus, sharing data on a single pane of glass for centralized command and control. When it came time to upgrade the system, ICONICS was selected as the automated software solution, and e-Magic Inc. (e-Magic) was contracted to carry out the migration and integration. During the process of migrating the longstanding SCADA to ICONICS, e-Magic ran into issues with connectivity and communications capabilities. There were difficulties communicating with disparate field devices across campus and connectivity configuration time was longer than forecasted. The existing systems lacked reliability, and e-Magic found itself wasting weeks on troubleshooting while system configuration costs increased. Penn needed a connectivity solution that could be implemented in parallel with the existing SCADA to avoid any downtime across diverse automation devices and equipment.

More than five years ago, after Penn approached e-Magic to upgrade its SCADA system from Process Vision to ICONICS, Penn took e-Magic’s recommendation to implement PTC’s connectivity solution, Kepware, for all of Penn’s industrial communication needs. Kepware has been building industrial connectivity solutions for more than 20 years to help businesses connect automation devices and software applications.

Kepware solutions integrated seamlessly with new and existing systems, establishing communication between Process Vision and ICONICS. The solution keeps Penn’s diverse buildings, automation devices and software applications connected, well managed and monitored to support the growing campus infrastructure. Assets were configured into clusters (dental school, applied math school, etc.), with a server in a secured room for each that could collect all data from sensors and equipment, and display that data to the operators at the central command room. Five operators worked in shifts around the clock to monitor all relevant activities on campus grounds. This resulted in 53 servers all connected across more than 300 different building types.

While e-Magic was working with other providers to find the best possible solution to address Penn’s issues, PTC’s support throughout the vetting process was “200% better than its competitors,” according to Tony Harris, President and CEO of e-Magic. The technical support team’s deep knowledge and availability, along with sales support’s ability to showcase Kepware’s proficiencies to Penn before major investments were made, were key differentiators in choosing the solution. Harris also noted, “There was no disruption to campus connectivity, or ever a time when we were flying blind.” Kepware ran parallel to Process Vision during the implementation of ICONICS, and its automated system migration became more efficient throughout deployment, resulting in zero downtime.

Integration projects often struggle with communication between systems, but Kepware solutions’ ability to be integrated and layered on top of Penn’s existing platform eliminated the inefficiencies and downtime that often arise. Faster implementation using fewer resources resulted in dramatically lower system configuration costs. Kepware allowed e-Magic to reduce their engineering time to connect to devices in the field, and the high reliability of its solutions ensured no rework or downtime after implementation.

With the previous solution, troubleshooting issues could take weeks to address and resolve. However, Kepware’s rapid deployment cut troubleshooting times down dramatically, allowing operators to diagnose and resolve issues in days, rather than weeks. Kepware also reduced the typical time to implement connectivity between devices and equipment from 2-3 weeks to 2-3 days, drastically increasing project speed.

With the help of Kepware’s connectivity solutions, Penn was able to successfully upgrade its SCADA system without losing connectivity to thousands of devices and software applications across campus buildings and activities. The seamless integration created improved visibility across thousands of sensor points, saving the university time, money and the headache of a weeks’ long system integration. Penn now enjoys a state-of-the-art platform providing realtime data and insights that can grow and adapt along with its population.

Improved operational efficiency and visibility across thousands of disparate devices and systems: