LEGO worked with PTC to create custom VuMarks for their Nexo Knight toys sets. With this augmented reality game design, children can scan the VuMark shields to upgrade their in-game abilities, keeping them engaged with both the physical toys and digital game companion.

Digital media is capturing the attention of both adults and children, causing companies in all industries to adjust the way they engage with their customers. LEGO wanted to find a way to more closely involve their digital media to their physical toys.

LEGO has been the iconic building block toy since it was founded in 1932. Nearly 85 years later, many children now learn to use a touchscreen before they learn to read. To evolve with these times, LEGO sought seamless integration between their physical toys and digital play experiences. 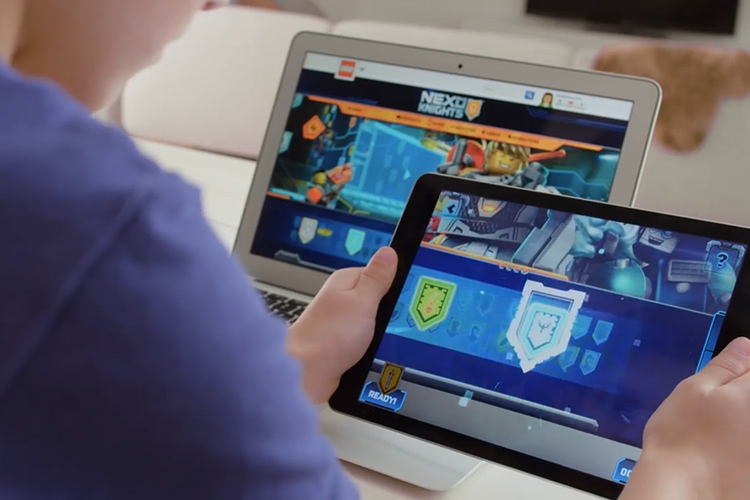 LEGO Nexo Knights required a common connection across a digital game, a television show, and the actual LEGOs. First, the augmented reality game design had to match the brand’s castle theme. QR codes often clash with a product’s aesthetic. Second, it had to be robust and reliable. A toddler’s attention span does not tolerate an occasionally functional game. Third, it had to be flexible and scalable. There would be more than 100 different targets, each with a unique logo and design.

To address these needs, LEGO turned to VuMark ™, a customizable visual code that can be affixed to any product or machine. To match the style of Nexo Knights, the VuMarks are shields that appear both within the toy box sets and the TV show. Kids scan these shields with their mobile devices to upgrade their in-game powers and abilities. In other words, the more kids watch the show or purchase the toys, the more they unlock in the game.

The interconnected nature of the TV show, digital game, and physical toy created a powerful combination fueling the success of the Nexo Knights series. The game received more than 2.7 million downloads in its first 60 days, was featured in both the App Store and Google Play, and was the #1 app for kids in the US, UK, Denmark, and Germany. The product earned several recognitions, including the Editor’s Choice Award at the London Toy Fair and the Best Use of App Technology from the Danish Internet Awards. By simultaneously combining toy, TV, and technology, Nexo Knights is becoming “the fastest growing IP in LEGO history.” 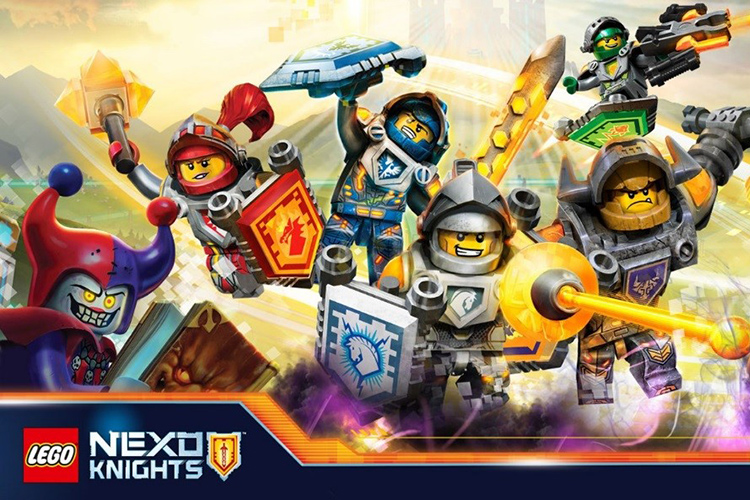 Vuforia Engine’s computer vision helped LEGO more closely connect their digital game to their physical toys. The game received more than 2.7 million downloads in its first 60 days and was the #1 app for kids in the US, UK, Denmark, and Germany.

Interested in augmented reality games for kids? Contact an expert today and learn more about our Vuforia products and how to get started.