Inefficiencies due to a multi-step, multi-software approach to design were causing miscommunication between design and analyst teams, stalled production times, and quality and customer satisfaction risks.

Emerging technologies such as generative design, additive manufacturing, and real-time simulation give manufacturers a leading edge when it comes to meeting customer demands on tight timelines. But the key to success is bringing them all together through an integrated, streamlined design process—and the right CAD software. Learn how one manufacturer used PTC’s Creo to accelerate their design and production timeline and maintain high customer satisfaction.

When it comes to sport car models built for speed and agility, every facet of the design matters. This is evident in the work of HPE COXA, a provider of products, engineering solutions, and technology projects for the performance automotive and motorsport sectors.

Based in Modena, Italy, the company designs and manufactures car components and complete systems for some of the highest-profile, super-premium sport car brands around the globe. In addition to providing parts for luxury street-ready models, HPE COXA’s work can also be seen in world-famous race cars that compete in the 24 Hours of Le Mans and other Formula 1 and GT Racing events.

Multiple technology solutions can inhibit agility in design and manufacturing

Committed to innovation, HPE COXA takes advantage of emerging technologies like generative design, additive manufacturing, and real-time simulation to meet customer needs. Generative design is a technology in which computer software uses specified parameters to create and optimize 3D models in a way that human-centered design couldn’t naturally do. Additive manufacturing encompasses technologies that build three-dimensional objects one superfine layer at a time, with 3D printing among the most well-known variations. Real-time simulation is a software technology that provides instant thermal, modal, and structural analysis to designers as they work on 3D CAD models. Together, these can be a gamechanger for accelerating design and production timelines.

Even though the HPE COXA team used these emerging technologies, they were challenged by a multi-step, multi-software approach to design, including disconnected CAD software. Consequently, every time a customer asked for a small change, the design team had to go through four to five disconnected software programs with different files for each step of the change, starting the process all over again each time they wanted to adjust and test the design. This inefficiency in the design process led not only to quality risks due to miscommunication between design and analyst teams, but also to customer satisfaction risks connected to lagging production times.

HPE COXA recognized that they needed to consolidate technologies into a single software capable of integrating emerging technologies in a linear, fluid process. In doing so, they could streamline workflows and simplify communications by no longer needing to work through the entire design sequence each time they wanted to test new geometry; rather, they would be able to incorporate testing into the process concurrently to each design change they made. Furthermore, they could expedite timelines for finished parts and subsequently increase customer satisfaction—a win-win situation.

With Creo, they could perform all the steps in one fluid sequence, applying the live simulation and changing the geometry quickly in the same software without losing any previous work.

Focusing on a single part—a door hinge for a particular race car model—HPE COXA devised a comparative study to test their current design process up against Creo, PTC’s CAD software that helps manufacturers design products from concept to digital prototype. The team looked at different parts to test various stages of the process, but they focused on the door hinge because it was an ideal component to test structural loads for continuous improvement. 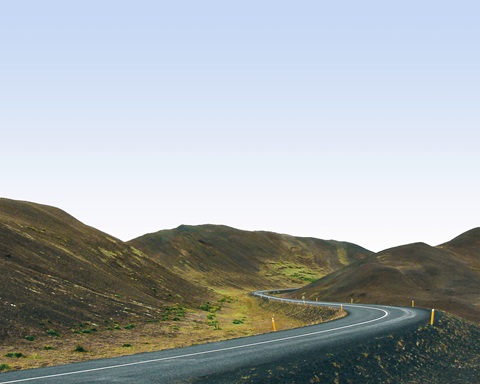 There was another important factor in the decision to consolidate: for some racing car models, the innovation that takes place in the design stage eventually makes its way into the design of HPE COXA’s streetcar models. In this sense, designing and producing a part for a race car helps expedite streetcar design later down the road because the team already knows how well a particular part will perform in a race car’s street-ready counterpart.

To begin, the team tested their standard, multi-software design approach. Working in their generative design software, they modeled the basic geometry of a door hinge shape before recreating the output in their CAD software. Then they performed a structural analysis to see how the geometry of the door hinge reacted to the loads. Next, they remodeled the door hinge using Creo and performed another structural analysis to verify the improvement or the ability of the new hinge to resist the loads. Finally, they used yet another software to prepare the part for 3D printing, then went back to Creo to make small changes such as material updates as needed.

Then they repeated the same process, this time using Creo alone.

With Creo, they could perform all the steps in one fluid sequence, applying the live simulation and changing the geometry quickly in the same software without losing any previous work. Creo eliminated the need to start the design process over again each time a change to the geometry was needed.

In the process of testing, it became apparent that Creo alone dramatically streamlined the workflow, enabling the team to not only replace their former generative design engine, but to present a finished, lighter-weight product on a faster timeline.

Notably, Creo enabled them to take advantage of real-time simulation. This meant analysis could happen sooner in the design process, helping the design team get closer to the optimized design in less time—allowing analysts to focus on more complex, higher value simulations and eliminating costly mistakes that wouldn’t otherwise be found until after design changes had already been made. “It’s hard to move from one software to another with different types of files,” says Giacomo Guerrini, Manufacturing and Metal Additive Manager at HPE COXA. “You lose a lot of information and have to correct geometry, and it becomes a constant back-and-forth,” he continues. “In the end, you just waste a lot of time. With Creo, everything is integrated, so it’s much faster.”

Emerging technologies are taking manufacturing to new levels, and Creo’s ability to integrate them and consolidate steps sets it apart from the competition. In the end, Creo helped the HPE COXA team reduce overall design and production time by 30% because the team no longer needed to use multiple software solutions—and they achieved a 50% time reduction from overall concept to delivery.

“We were less stressed using Creo, not just because of time saved, but because we’re more in control.”


“We were less stressed using Creo, not just because of time saved, but because we’re more in control,” says Guerrini. “You don’t want to realize there’s a problem when the part is already racing on the track.”

Most importantly, the team was able to maintain customer satisfaction, with the customer expressing approval of the speed at which HPE COXA was able to deliver a lighter-weight door hinge.

As for future improvements, they plan to apply the new Creo-only process to create other parts, as well as to test and optimize the lattice structures function within Creo. “I think we’ll get more use with the new workflow, and we’ll get even better results,” says Guerrini of the path forward. “The first time was all about exploring the capabilities of Creo–now we know we can make the same things as before, but smarter and faster.”

With PTC supporting the HPE COXA team, the road ahead looks promising for continued customer success and innovative product design.