To help a client and leader in the aerospace industry win a contract with the US government to design a hypersonic missile, Speed needed a design tool that could help them simulate real-world performance while allowing them to make changes quickly.

Speed Consulting outpaces the competition by optimizing design and testing

Designing a hypersonic missile for the wing of a B-52 bomber—just another day at the office for Speed Consulting. Read on to learn how Creo Simulation helped propel one of Speed’s projects from concept design to winning bid, securing a lucrative government contract and helping them stay true to the value embodied by their name.

Speed Consulting delivers their promise with one word: speed

Maintaining a competitive edge in the aerospace industry often means performing under pressure and finding solutions quickly. Dallas-based Speed Consulting is an expert at doing just that. Led by Founder and President Randy Speed, the fiveperson firm provides general product design support and specialized solutions for aerospace customers. Speed Consulting’s expertise is balancing competing requirements and leveraging simulation tools to help product teams efficiently collaborate and optimize designs to meet performance objectives. With over two decades in the industry, Speed has deep domain knowledge in air and space projects, including work on the Northrop B-2 stealth bomber and NASA’s space shuttle. 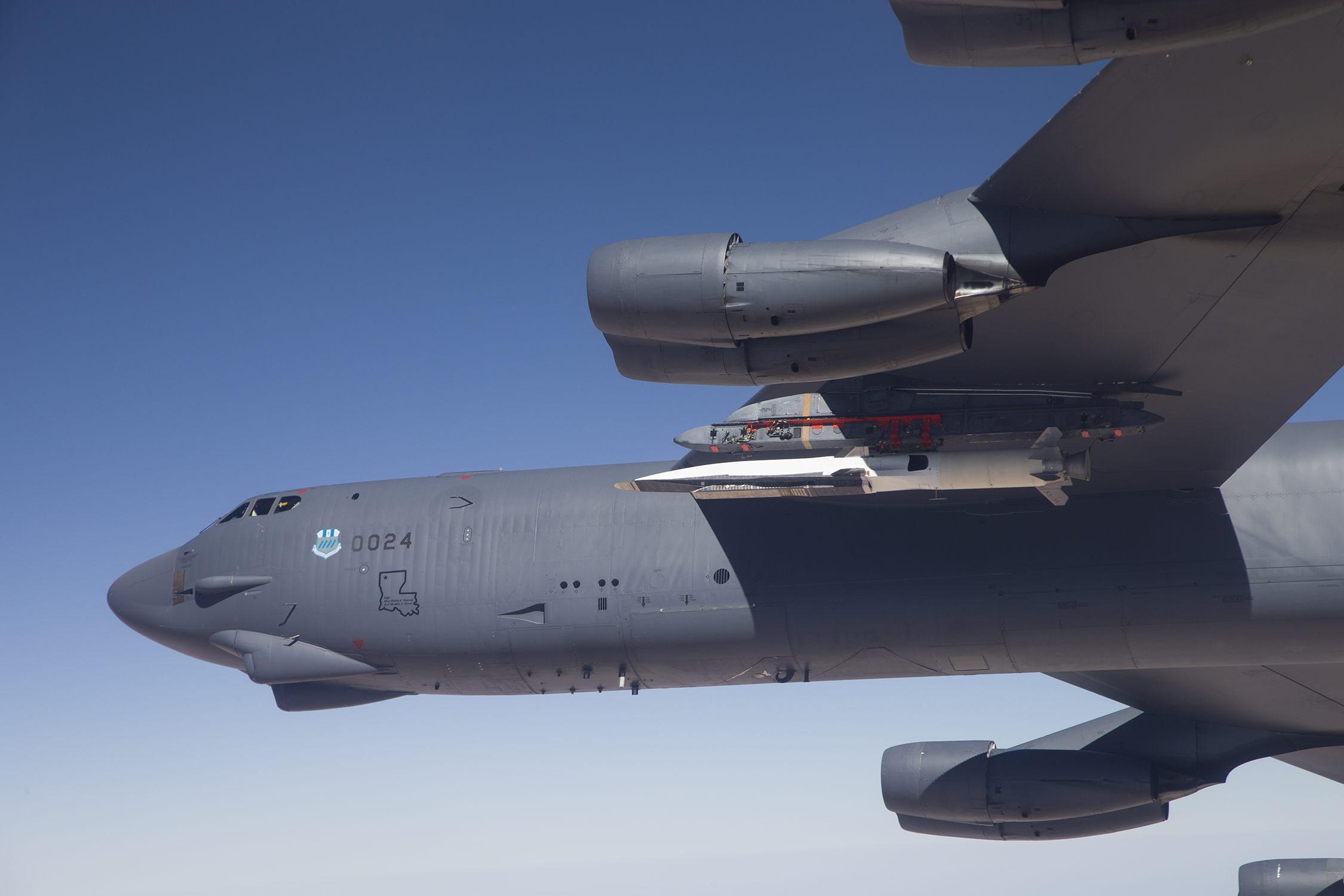 With time of the essence, Speed’s expertise was key

While Speed consistently delivers timely results for its clients, this was never more evident than when a client and leader in the aerospace industry engaged Speed to work on the Air-launched Rapid Response Weapon (ARRW) hypersonic missile program. The stakes could not have been higher. The client was in competition for a single lucrative contract with the United States government to design one of several exploratory hypersonic missile projects.

The ARRW missile project was an accelerated program and a strategic priority of the U.S. Air Force. To stand a chance of winning the contract, the client knew their engineering team would need a partner with additional design expertise in aerospace and simulation software and the proven ability to execute rapidly from concept to test flight. Speed was the obvious partner of choice

The project criteria were incredibly demanding

From the beginning, Speed understood that the race to the finish would require precise planning to accommodate the highly specific design criteria. The end goal was to create a mature missile design that would meet strict specifications and stand up to real-world demands—and to win the contract, they needed to act quickly.

The team knew they faced a series of design hurdles, one of which had the immediate potential to impact the entire design. A critical step in designing the missile was recognizing its not-to-exceed weight. As the missile itself would hang under the wing of a massive B-52 bomber, the team had to not only meet these strict weight requirements, but also account for weight distribution and range. On top of this, the team faced a unique challenge specific to military protocol—several details of the overall model were classified.

In order to reach the finish line first and ultimately win the contract, the team adopted a process that included concept design and engineering simulation within the same design environment. The client’s team had some prior experience with analytical tools, but most of their options required the user to toggle between multiple environments, limiting the number of iterations within a given timeframe and extending the overall design process.

With no time to lose, Speed instinctively leveraged years of experience with simulation and testing. They knew of a particular design tool that could help them simulate their designs’ real world performance while allowing them to make changes quickly as part of the design process. Creo Simulation’s architectural philosophy of a single database for all things engineering was the obvious choice.

Speed turned to Creo Simulation for fast simulation and analysis

Creo, part of PTC’s cutting-edge simulation and analysis software, allows the user to test the stresses and loads under which a given product will operate in real-world conditions—such as flying through turbulence and impulse forces of ejecting the missile away from the aircraft to ensure a safe separation. Creo enabled a simulation-driven approach to design, making it the obvious choice for moving analysis earlier into the design.

Creo offered two great strengths. First, the product benefited from the seamless integration with all products in the Creo suite, meaning that a change to the computer-aided design (CAD) model immediately appeared in the simulation interface. Simulation thus became a matter-of-fact part of the design process. There was no need to work with different software products or to freeze the missile configuration for a simulation cycle. Creo also put powerful design functions at the designers’ fingertips. They could quickly create and test different shapes using solids, shells, beams, and springs within the same model— allowing the most efficient use of resources. Unique and complex surfaces were mapped precisely using polynomial element shape functions. “These tools in the right hands offer incredible speed in the engineering and design phase,” explains Randy.

Second, Creo has powerful non-linear simulation capabilities such as applying fastener preload and 3D contact simultaneously. This was extraordinarily important when designing a missile to withstand incredible atmospheric and physical pressures. One example related to this occurred while running several different design variables on a complex rib stiffening arrangement. Ribs are important support structures that line the inside of the missile; appropriate stiffening of the ribs helps prevent excessive vibration, which can cause damage to or failure of the missile. As weight is also a critical factor in overall design, the team needed to arrive at the optimal rib stiffness for the lowest amount of added weight. Using Creo, they compared graphs of natural frequency against the mass of each variable. They were then able to choose the stiffest arrangement for the lowest mass, applying the most efficient configuration to these important support structures. “With the CAD and simulation tool integrated so tightly, the ability to seamlessly make changes to the geometry and have the simulation model update automatically makes your life so much easier,” says Randy.

These tools in the right hands offer incredible speed in the engineering and design phase. Randy Speed, Founder and President of Speed Consulting 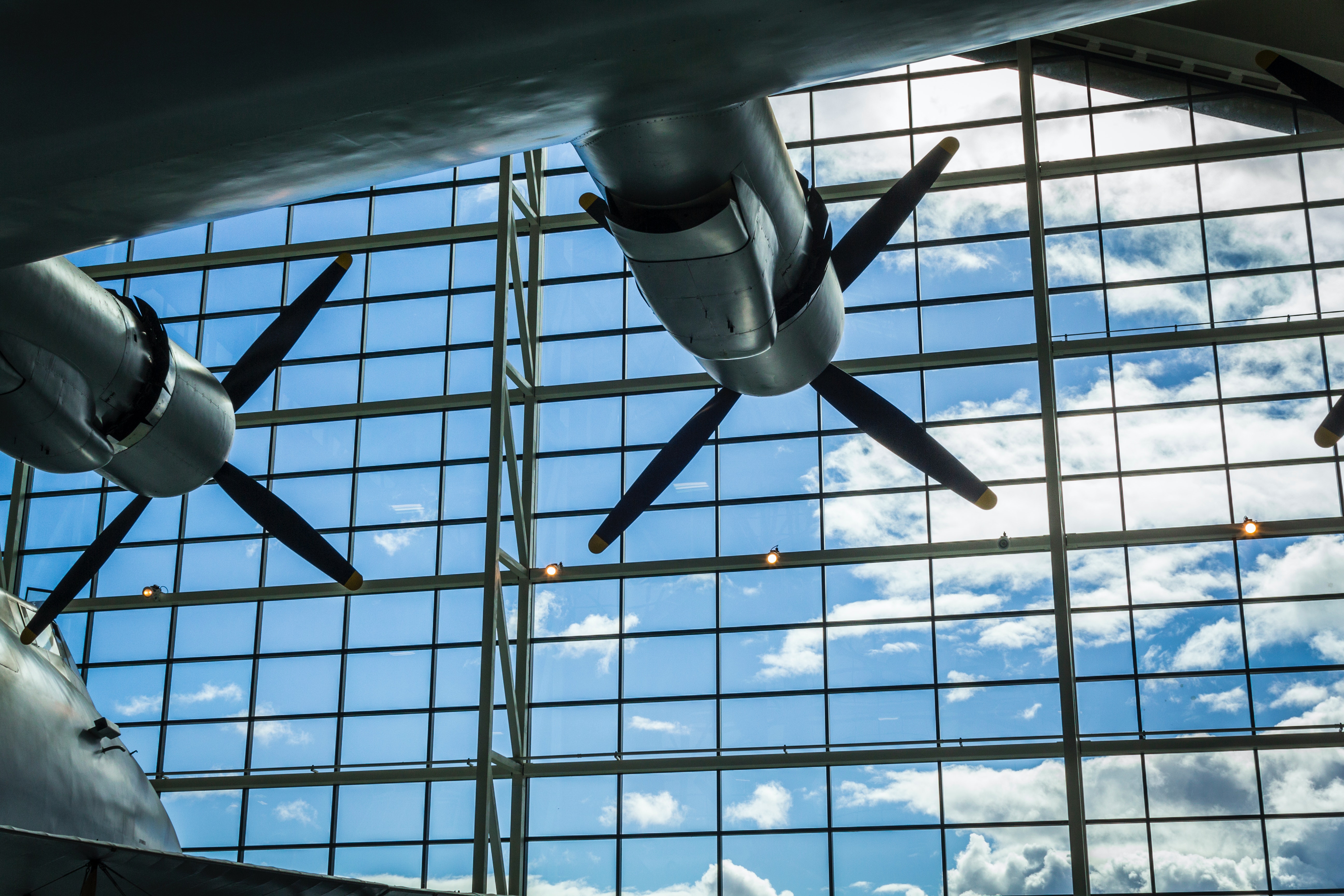 Creo helps design teams manage the competing challenges in aerospace engineering by easily applying different variables to optimize and validate models between design and simulation. By applying this simple structure across a gamut of projects, Speed has even used Creo to consult on design and manufacturing projects in other areas of the industry, including design work on a building whirl tower structure for testing helicopter blades, as well as optimizing a lifting beam for their client’s military aircraft.

Whenever he’s considering a job, Randy asks prospective clients if they use any of PTC’s family of Creo products. “I’m more inclined to take the contract if they do, because I know what we can do with it,” he says of his experience with Creo products. “At the end of the day, we want to do something remarkable and productive for our clients, and I know Creo can deliver on that.”

Creo also allowed the team to test real-world scenarios that any given missile would face immediately after production: being transported via ship, rail, and road; thermal soaks during storage; attaching to and ejection from the wing pylon; and performing functionally in flight while pulling high g-levels. Creo allowed the team to test the theoretical performance of the missile in each scenario with one model by simply turning specific data sets off and on within the model tree.

Using Creo, the team applied structural, thermal, and vibration analysis to validate the performance of their virtual missile prototype, all without having to go through the time, effort, and money of production. Using Creo’s optimizer, the payload theoretical shape took form by specifying only mass properties and space constraints. The team’s final theoretical design represented a payload so close to the actual classified payload that it needed to be blacked out on their critical design review (CDR) presentation slides—a real testament to the accuracy of Creo’s abilities.

With support from Speed, their client won the contract

“This was perhaps the first time our client had simulated the entire air vehicle in such detail as to allow the different life phases of transportation, captive carriage, and free flight to be studied using the same model, significantly accelerating the concept phase of the project,” says Randy of the new heights achieved

Speed and the client team had an astonishing number of accomplishments in only two years. “Not only was the ARRW missile ready to build by CDR,” Randy explains, “we had successfully completed two test flights. The customer was blown away at CDR.” When it was all said and done, Speed’s small team had executed two successful test flights, prepared articles for production, and finalized the AARW design.

Not only did Speed’s expertise with Creo help elevate their client’s proposal as the winning bid—it also aided in addressing a growing concern among military officials. Readying the military with this advanced technology placed the team in a position to help the United States government manage international perceptions of its security and conduct sound risk management—some would say above and beyond a normal day’s work.

At the end of the day, we want to do something remarkable and productive for our clients, and I know Creo can deliver on that. Randy Speed, Founder and President of Speed Consulting

“This was perhaps the first time our client had simulated the entire air vehicle in such detail as to allow the different life phases of transportation, captive carriage, and free flight to be studied using the same model, significantly accelerating the concept phase of the project.”

See for yourself! Request a demo of our Simulation Software for an easy and comfortable way to learn more about the software’s capabilities.
Demo