Nutanix relied on Excel spreadsheets and email to manage engineering changes. The number and frequency of changes inherent in the product development activity, as well as data sharing among partners, had become problematic using this method.

Nutanix creates a virtualized platform for public and private cloud infrastructure. Their solutions unify private, public, and distributed clouds, and empower IT to deliver applications and data that power their businesses. Nutanix solutions are built on the industry’s most popular hyperconverged infrastructure (HCI) technology—a complete, 100% software-defined stack that integrates compute, virtualization, storage, networking, and security to power any application, at any scale.

According to David Sangster, Chief Operating Officer at Nutanix, his team is responsible for fulfillment, logistics, quality, reliability, new product introduction, and launching product into volume production. The company also outsources all of its manufacturing needs. “We work with many suppliers including contract manufacturers, distributors, and key technology partners,” said Sangster. “We also use a platform approach to product design and a configure-to-order (CTO) process to reduce SKU (stock keeping unit) proliferation and the need for additional engineering.”

Sangster stated that the number and frequency of changes inherent in the product development activity, as well as data sharing among partners, had become problematic. Unfortunately, his team was stuck relying on Excel spreadsheets and email to address these manufacturing challenges. “It’s embarrassing to admit, but we had a number of instances where the suppliers built the wrong version of the product,” said Sangster. “It was ‘rev A’ all right, but the ‘wrong’ rev A.”

Issues with rework, which included extra procurement, build, and test cycles, also increased delays and were becoming a significant impediment to the company’s total time to market (TTM) objective, which he found “totally unacceptable.”

“Change management was a nightmare,” said Sangster. “With several people making changes and suggestions to uncontrolled documents there were multiple revisions of the same bill of materials (BOM) flying around the ether. No one had any trust in the data, so many local copies abounded based on the ‘mine is right’ premise.”

Sangster admitted change control was his “number one problem.” His priority was finding a solution to manage BOM integrity in order to reduce shipping delays and product errors. “A wrong product number in your BOM can completely blow your quarter and make for a very unpleasant conversation with your CEO and the Board,” he confessed. 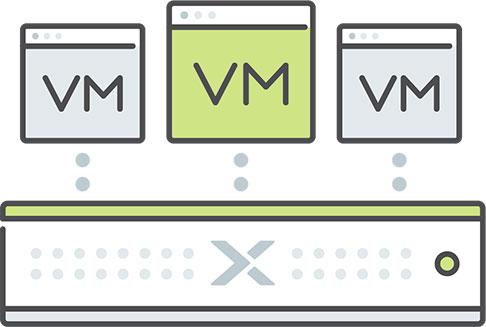 Sangster needed a PLM solution to address his BOM management problems and allow Nutanix to scale with a positive ROI and improved customer experiences. The solution also had to be a "financially responsible investment." Sangster continued, "At the end of the day, we were looking for a solution that maximizes the benefit to the organization with a relatively modest investment."

Another reason Sangster went with Arena PLM was because he had been “favorably impressed by the continued evolution and improvement of each [Arena PLM] release.” He added, “Arena really listens to customers…don’t underestimate this trait in a partner.”

With Arena’s AWS GovCloud platform, SIONYX provided their defense customer with a road map of what they would be putting in place. After implementation, SIONYX did a remote verification process with the customer. “We checked all the boxes of what we said we were going to do. They were quite happy,” shared Anderson.

“We get terrific feedback from the give and take of the review process. Indeed, partners have provided feedback that helped us avoid making unnecessary, confusing, or costly changes.”

With Arena, SIONYX has a cloud-based secure system that will scale with the company and product lines. With the core product management, document control, and quality processes like corrective action and preventive actions in place, the team has the foundation to expand both depth and breadth as needed. “Arena operates as defined. We are looking to scale and Arena is a central component. From my perspective on both the platform and the implementation, I give it two thumbs up.”

With Arena, Sangster realized a number of key benefits, including shortening the product concept to cash cycle on second-generation product by almost 50%. “This has had a positive, material impact to the business by reducing our burn rate and reliance on external cash,” he said.

Arena PLM reduced engineering change order cycle (ECO) approvals from days to hours. “ECO reviews are now done by teams of impacted stakeholders using the same data,” said Sangster. “We get terrific feedback from the give and take of the review process. Partners have provided feedback that helped us avoid making unnecessary, confusing, or costly changes.”

Arena has improved cost visibility, allowing Nutanix’s engineering team to take a critical look at BOM cost tradeoffs. “This has almost by itself promoted part re-use and standardization in our platforms—a key to shorting time to market,” said Sangster, who lists the following benefits: 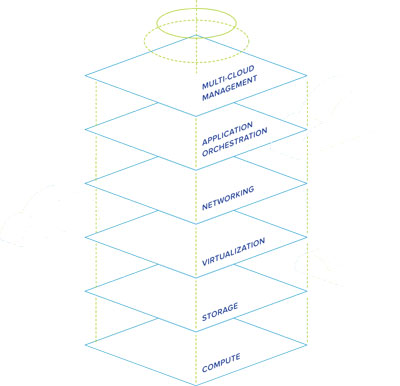 As advice to others, Sangster recommends a cloud-based PLM solution that can be up and running quickly. “You have a business to run and don’t need the distraction of a lengthy implementation cycle,” he advises. In addition, he suggests choosing a PLM tool that can easily interface with existing or planned ERP systems to eliminate wasteful processes and improve employee morale and productivity.

“In today’s product development environment, the one thing you can be sure of is that, sooner or later, you will be partnering with folks well outside your time zone,” said Sangster. “Make sure your tool supports this global reality.”