In an industry tasked with keeping people moving, equipment downtime is not an option. But with customers around the globe, keeping the right parts stocked in the right place, at the right time, is no small feat. Learn how one industry leader leveraged advanced service parts management technology to optimize their immense network and maintain the highest service levels for customers.

With their mission to improve the urban flow of life, KONE is a global leader in the elevator, escalator, and automatic door industry. In addition to manufacturing and aftersales, they provide solutions for maintenance and modernization to add value to buildings’ lifecycles.

KONE has manufacturing locations in the United States, Finland, Italy, India, and China, while reaching a global audience with products and services. They make around 130,000 equipment deliveries and 3 million repairs annually, with up to 80,000 maintenance visits per day, globally.

With KONE’s diverse customer base of airports, high-rise buildings, hospitals, universities, and more, they’re tasked with helping facility managers and building owners keep immense volumes of people moving through some of the world’s busiest, high-profile buildings. Among many others, you’ll find KONE’s work in China’s Kunming Changshui Airport, which serves more than 45 million people annually; Bloomberg’s new European headquarters in London, one of the most sustainably designed office developments in the world; and Princess Tower in Dubai, one of the tallest residential buildings in the world. And at the delight of Austrian snow skiers, they’ve even installed escalators on Stubai Glacier, rising 2,900 meters above sea level. 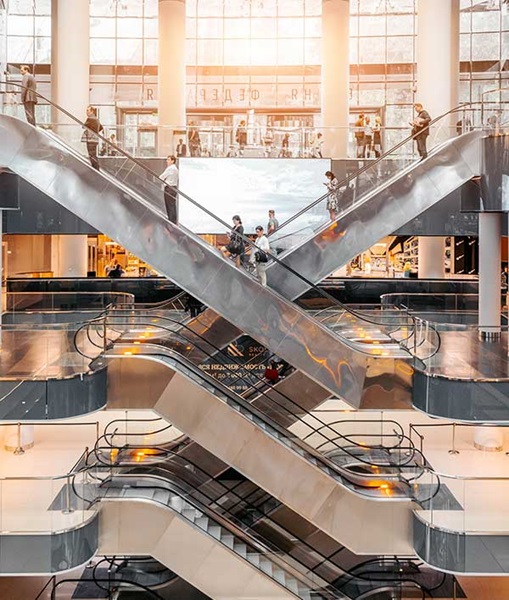 With millions of people around the globe relying on their elevators and escalators every day, KONE faces dilemmas common to many in the industry regarding spares and repairs. Among the greatest challenges is timing: service parts are needed frequently and with little turnaround time. When the right parts aren’t available, equipment downtime increases. Consequently, customer satisfaction suffers when people flow gets interrupted.

KONE has seven international distribution centers supported by regional distribution centers. They also have to account for tens of thousands of technician stock such as vans, backpacks, or shelves in local facilities. Together, these locations house a highly valuable collection of parts needed to service 1.4 million items of equipment around the world. Maintaining such a large parts volume, however, can be tough on cash flow and complicates KONE’s ability to keep the most critical parts stocked in the right locations at the right time.

KONE also services a diverse aftersales market, including third-party and competitor equipment, as well as their own acquired legacy equipment. These service complexities require deep understanding of equipment and parts in the network, as well as an understanding of the most critical parts that must be available when remote fixes aren’t an option or don’t work.

In the past, KONE relied on a homegrown service parts management system built into SAP, their enterprise resource planning (ERP) system. While they made consistent progress with the homegrown system in place, they saw additional opportunity to achieve improved service parts optimization. First, a new solution would provide the advanced capabilities needed to deliver full value more efficiently than their current ERP system. Furthermore, a new solution would allow for more staffing flexibility, as their homegrown solution relied on having specialized employees physically present within the units, planning parts for one location at a time. These specialized employees often held deep familiarity with the day-to-day business; if someone with a niche skill set or inventory knowledge left the company, a new solution would ease the knowledge transfer and help keep parts planning more manageable during the transition.

“With Servigistics, we can better determine which components fall into the unplanned demand streams, and then we’re able to optimize the inventory for those situations.”

With customer satisfaction being a key priority, the KONE team determined a more efficient service parts management system would be needed to maintain their high standards, optimize their inventory, and prioritize critical parts.

In 2009, KONE began a phased implementation of Servigistics in their main warehouse group in Europe. Servigistics is a sophisticated, purpose-built enterprise service parts optimization and decision support tool that helps businesses achieve the highest service levels with the lowest inventory cost.

KONE deployed Servigistics as an on-premise solution in two global distribution centers, eventually adding a third. The deployment took just 15 weeks and allowed KONE to recognize immediate benefits to how they managed their global inventory. They could better identify unplanned demand and optimize stocking levels to understand the demand streams for the most critical parts. “It’s very important to understand which components are critical from a customer perspective—to identify the specific components that, if failed, will stop the equipment from working,” explains Anselmi Tuominen, Head of Supply Chain Development at KONE. “With Servigistics, we can better determine which components fall into the unplanned demand streams, and then we’re able to optimize the inventory for those situations.”

Thanks to Servigistics’ simplicity and ease of use, KONE was able to remain self-sufficient throughout the implementation and regular use, with PTC fulfilling an as-needed support role. Leslie Paulson, General Manager, Servigistics Business Unit at PTC, says that much of the partnership’s success can be attributed to KONE’s highly capable leadership. “The evolution of our partnership with KONE has been a pleasure to watch. Anselmi and his team have a strong understanding of service supply chain theory, and they’re using Servigistics capabilities particularly well to maximize their business outcomes.”

One year after implementation, KONE began seeing even more value from Servigistics. They reported an 18% decrease in inventory at the same time of significant business growth. By year two, they had begun to see a significant ROI and had approved the next phase of the project.

Over the next few years, they added further functionality in the form of Order Planning, a Servigistics capability that helped apply specific, scenario-based optimization rules for different types of parts, thus automating certain actions and approvals and improving supplier scheduling processes. Combined with the previous improvements, this allowed KONE to achieve one of their most important goals: expanding into additional distribution centers in China and, eventually, other regions.

KONE reinvests in Servigistics for innovation and growth of the business 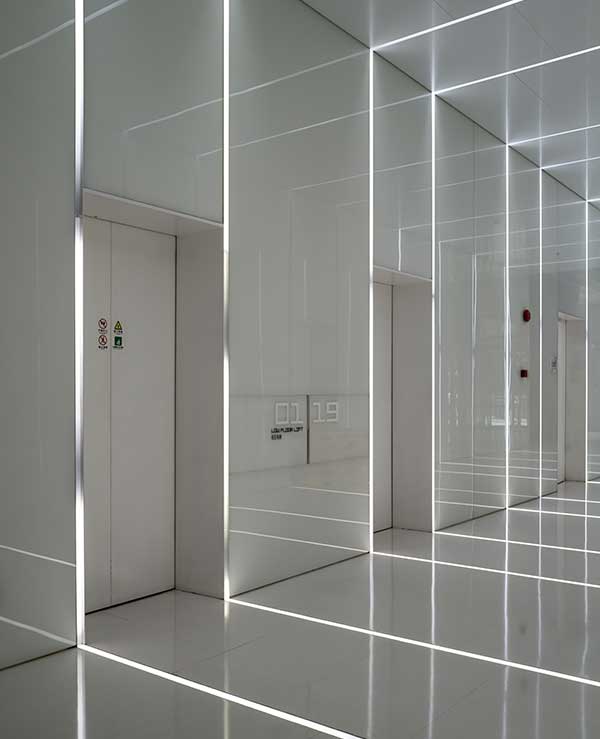 By 2017, KONE had been successfully leveraging Servigistics to optimize the central locations of their supply chain for several years. But they recognized a logical opportunity to move into the final phase of global adoption, adding more locations and inventory within their network and expanding their use of Servigistics with Multi-Echelon Optimization (MEO).

MEO is a feature that uses an all-encompassing view of the supply chain to suggest the right levels of inventory at each stage and location of the process. Replenishments between major distribution centers is a significant part of their service supply chain, and with MEO, KONE can see customer demand and link to the full network to execute “just-in-time” planning for the replenishing locations. With Servigistics’ industry-exclusive MEO capabilities, it only takes one person on a centralized team to determine the service levels needed throughout the network. Implementing this type of preparedness helps reduce urgent deliveries to customer-facing locations.

Reinvesting in additional Servigistics capabilities has already added value. After implementing MEO, KONE achieved an incremental 4% reduction of inventory in international distribution centers. “With MEO, we get the best bang for our buck,” says Tuominen. “We get the best service levels for the lowest cost. We have a centralized view of locations and supply, and we don’t have to combine regional views to understand it.”

“The evolution of our partnership with KONE has been a pleasure to watch. Anselmi and his team have a strong understanding of service supply chain theory, and they’re using Servigistics capabilities particularly well to maximize their business outcomes.”


KONE sees double-digit improvement and a bright future ahead

Throughout the entire project implementation, KONE has seen significant value gained from Servigistics’ core capabilities, and even more so with the addition of new capabilities successfully implemented over time

They’re practicing better forecasting capabilities, which makes it easier to work with external suppliers. Workflow management is better organized and customized for inventory planners. KONE also has better visibility into analytics, and in the last six months, they’ve seen a double-digit reduction in inventory.

KONE is currently exploring ways to bring even more value to their business by investigating other Servigistics’ capabilities such as Performance Analytics and Intelligence (PAI) and Connected Service Parts Management (CSPM).

Above all, KONE is committed to customer service and making people's journeys safe, convenient, and reliable—and with PTC in the support seat, they’re eager to keep people moving around the globe.