PTC Is Right at Home in Boston’s Innovation District 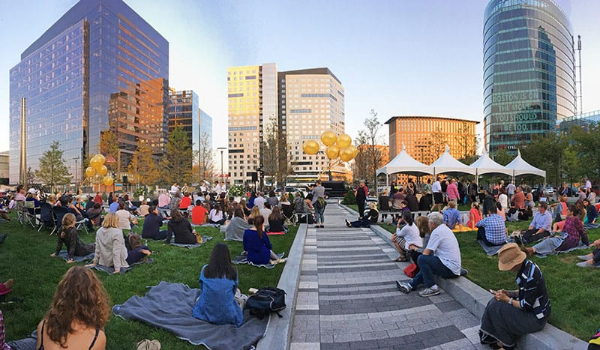 PTC recently opened its global headquarters the heart of Boston’s Seaport Innovation District. The move promises a symbiotic relationship with the neighborhood and PTC, who share a common vision of promoting an innovation ecosystem. PTC is beginning this journey with the community by hosting our ‘Industrial Augmented Reality: What’s Next?’ event on March 14th.

The Boston Waterfront Innovation District project commenced in 2010 led by Mayor Thomas Menino and is still regarded as one of the first innovation district plans announced in the United States. The area covers around 1,000 acres and 20 city blocks, being developed by an array of private entities and public stakeholders to create a new hub in Beantown following the ‘work, live, play’ mantra.

The Brookings Institution classifies economic assets as innovation drivers developing cutting-edge technologies (research institutions, large companies, start-ups and entrepreneurs), innovation cultivators who support ideas through incubators, accelerators and other mechanisms, and neighborhood-building amenities (restaurants, hotels etc..). Physical assets include public areas (parks, plazas) that are increasingly digital-accessible (free-Wi-Fi), and private assets such as housing and shared workspace. Networking assets are the ongoing relationships between actors in the environment where ties are strengthened, and ideas are spread through workshops, training sessions, informal meetings and conferences. 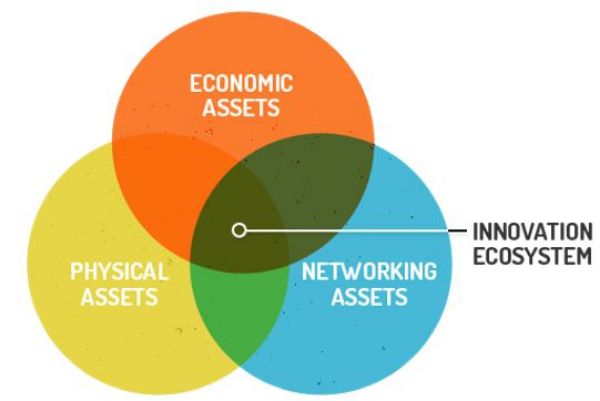 When merging these assets to create ‘clusters’, there is a direct contribution to increased productivity and economic performance. This is supported by an array of other frameworks as well, such as the Porter Diamond Model.


What is in Boston’s Innovation District?

The Boston greater metro and city is already a reputable technology hub with notable clusters in Kendall Square and Route 128. The Seaport Innovation District is well-positioned to push the area into an even bigger hub and a global innovation ecosystem by infusing current and forthcoming economic, physical, and networking assets.

ISQ cites that there are more than 42,000 employees in nearly 1,500 companies located in Seaport; the area is exploding in growth compared to 5,000 employees in 200 companies in 2016. These innovation drivers include ground-breaking startups in artificial intelligence and robotics (Square Robot, Southie Autonomy), drones (American Robotics) and autonomous vehicles (Optimus Ride), among many others.

Cultivating innovation from these drivers are Seaport startup incubators and accelerators in the area such as MassChallenge Boston. The not-for-profit has accelerated more than 1,000 startups in the past eight years. Physical assets for hosting Boston-based startups include the world’s first free-standing public innovation center, District Hall. The venue has free public workspaces and hosted more than 900 events and 95,000 visitors in 2018. Innovation isn’t limited to technology in the area with the Boston Design Center’s Innovation and Design Building featuring over 1,200 luxury products.

The Boston Convention and Exhibition Center is one of the premier technology venues in the United States and hosts the annual major digital transformation conference, LiveWorx. The area contains an array of other academic and networking venues such as John Joseph Moakley United States Courthouse, Institute for Contemporary Art, Bank of America Pavilion, the Boston Children’s Museum and a Babson MBA satellite campus.

As these forces converge, creating a cluster where ideas are quickly built and spread, the idea of an innovation ecosystem emerges. The Boston Seaport Innovation District is the perfect setting for this transformation as the area continues to develop and explode in growth.

PTC is opening its doors to the Seaport district in a few weeks to its 121 Seaport location and cultivate the community’s ideas on Industrial Augmented Reality. Click here to register for the event.