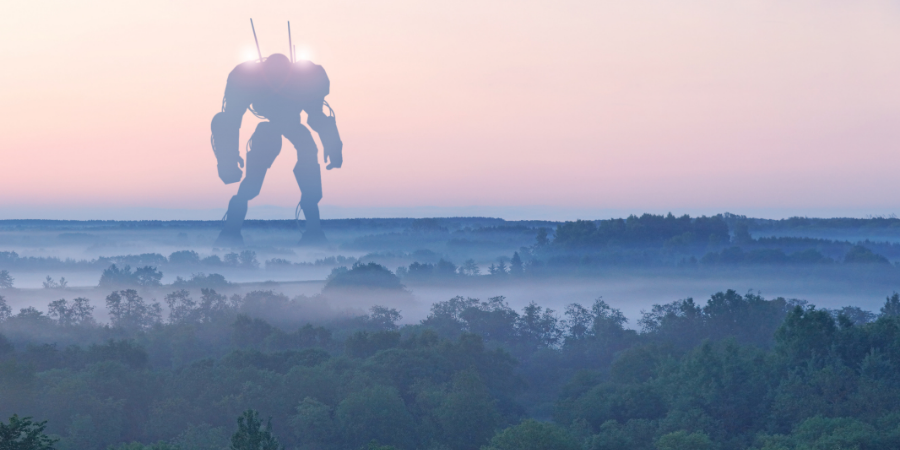 A recent tweet from PTC Academic regarding giant fighting robots stopped me in my tracks.

Ever since I was a kid, I have loved giant fighting robots (GFR for short). I was 5 when I first discovered live action where guys in suits fought over miniature sets like in Space Giants and Mechagodzilla. Here in the United States, we had cartoons like Voltron and Transformers, but I preferred mecha anime like Mobile Suit Gundam and Space Defense Fortress Macross (known as Robotech here). And now, a design team in Japan is building a life-size mobile suit Gundam. 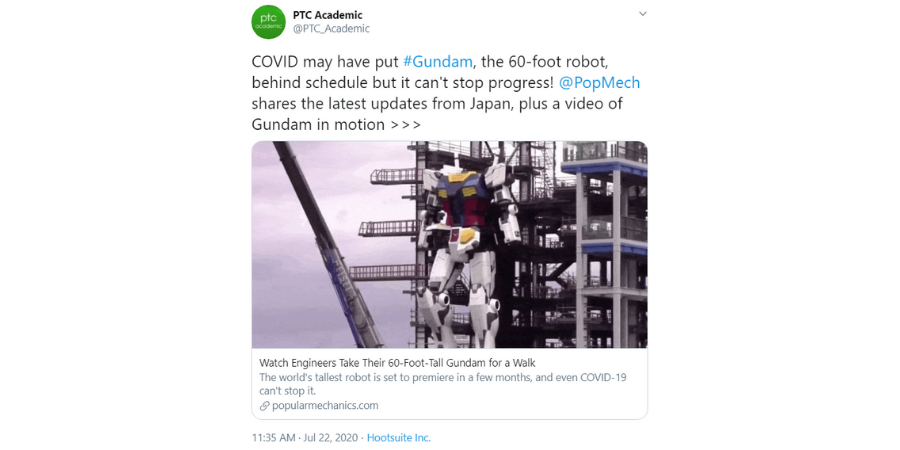 If I designed a giant fighting robot, I’d base it around the same three primary requirements of the M1A1 Abrams tanks I served on in the Army. Those tanks had to support mobility, firepower, and survivability. Driven by those requirements, here’s how I’d approach the design:

If the GFR transforms between walking and flying modes, I’d need a bunch more mechanism motions.

After I complete these steps, I would share the geometry from higher levels to components and perform detailed design work. During this phase, I would incorporate these additional factors into the workflow:

This was a fun design exercise. If you had to develop your company’s products from scratch, how would you do that given the advances in areas like generative design and additive manufacturing?

In product development, it helps to re-evaluate your processes and workflows from time-to-time to ensure you’re utilizing the latest technologies, like those available today in Creo Parametric 7.0.