Artificial Intelligence: Where We Are & Where We’re Going 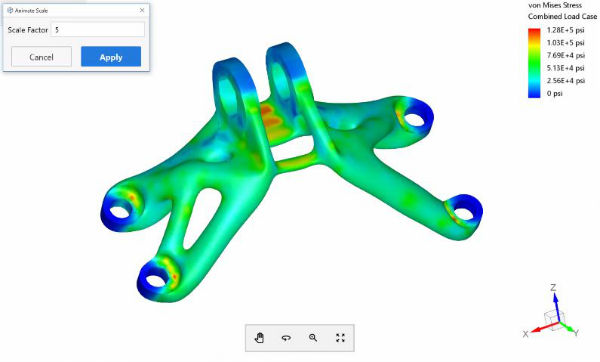 Artificial Intelligence is an unavoidable topic today triggering an ongoing media frenzy of coverage and the ensuing public concern that current jobs will be overtaken by robots. Taking a step back, it is useful to identify the AI becoming widespread today versus AI of tomorrow and recognize the practical business and societal problems it solves.

Artificial Narrow Intelligence (also known as ANI or Weak AI) refers to systems programmed to do a single task, whether it’s playing chess, identifying early stages of a disease on a MRI scan or autonomously driving through an environment. While these tasks differ significantly in complexity and in advancements of AI techniques, they still fall under specific operational domains.

Artificial General Intelligence (AGI or Strong AI) is the machine equivalent of human intelligence where the AI is conscious, sentient and has emotions; this is typically the popular sci-fi representation of AI such as is in Ex-Machina, Her, iRobot and Westworld. There are more speculative levels of AI such as Artificial Super Intelligence, where the robot could outperform human intelligence in multiple domains and tasks, such as autonomously driving to a hospital to detect patient diseases and later defeat a human in chess.

Although AI research has progressed immensely in the last few years, there will likely be some time before there is an AGI breakthrough; AI researchers speculate it could happen in 10 years or take over 100 years.


There is substantial misconception about automation and AI replacing a job’s task versus the job itself. As we know with ANI, a single task can be automated but people underestimate how many different and constantly changing tasks a typical worker experiences. McKinsey estimates that less then 5% of jobs consist of activities that are 100% automatable. The recurring theme is that increasing productivity through automating certain monotonous tasks creates net new jobs. For example, IDC forecasts by 2023, 25% of leading retailers will have explored or deployed in-store robots to relieve human workers from repetitive tasks, thus increasing worker productivity by 40%. There will likely be some job displacement, but this can be solved by reskilling and upskilling programs improved by using innovative training tools such as augmented reality.


Advancements in complementary technologies such as cloud computing, sensors and processors is propelling AI research across industries unlocking use cases and solving problems once thought unsurmountable. Like most pieces of emerging technologies, the goal of AI is to solve actual challenges plaguing industries such as healthcare.

In the healthcare industry, there is a global shortage of medical personnel and, even in developed countries such as the US, there is estimated to be a shortage of up to 120,000 physicians by 2030.

Through emerging deep learning techniques based on artificial neural networks, AI can scale doctor’s expertise to mitigate this skills gap as well as be a complementary tool to time-constrained medical professionals.

There are several other AI applications across industries not directly saving lives, but still improving our safety. Striving to save lives in a different sense (94% of crashes are due to human error according to the NHTSA), ANSYS is using simulation to train autonomous vehicles through virtual driving scenarios, which improves its self-driving AI algorithms without jeopardizing human safety. Rockwell Automation’s Project Sherlock is creating a safer environment and enabling operational efficiencies through an AI module reducing false-positive alarms for boiler, pumps and chillers in industrial settings.

If AI is the brain, then data is the lifeblood


Accessibility to data is a key element in any AI deployment. The DeepGestalt computer vision system was trained with 26,000 patient cases and the UC San Diego case leveraged more than 1.3 million patient visits with more than 100 million data points from a large health center in Guangzhou, China. Deploying a fine-tuned inferenced AI model in the real-world requires a vast amount of training data. In the case of the autonomous vehicle, it is estimated to take 8 billion miles of failure-free test driving for it to equal human performance.

Through increasingly connected endpoints, IIoT platforms are tapping into and contextualizing data from organizations’ high-value and disparate assets. This can then feed into AI models and produce back AI-driven analytics to be applied at the edge or in the cloud. 3D CAD models can feed annotated product data sets to train object and image recognition applications for an AR experience used by a service technician. AI at the product conception stage comes through generative design simulation software analyzing data relationships with different constraints, materials, physics, manufacturing processes and design objectives.


The use cases generated by AI continue to grow immensely in variation and scale as these data inputs increase. IDC forecasts spending on AI systems will reach nearly $78 billion in 2022, up significantly from 2018 when it was $24 billion. The ‘better together’ story between humans and machines will continue to prosper; 67% of executives surveyed by PWC claim using both artificial and human intelligence creates a stronger value proposition. The overarching AI theme will mitigate away from job replacement themes as it solves customer, industry and societal problems facing us today.