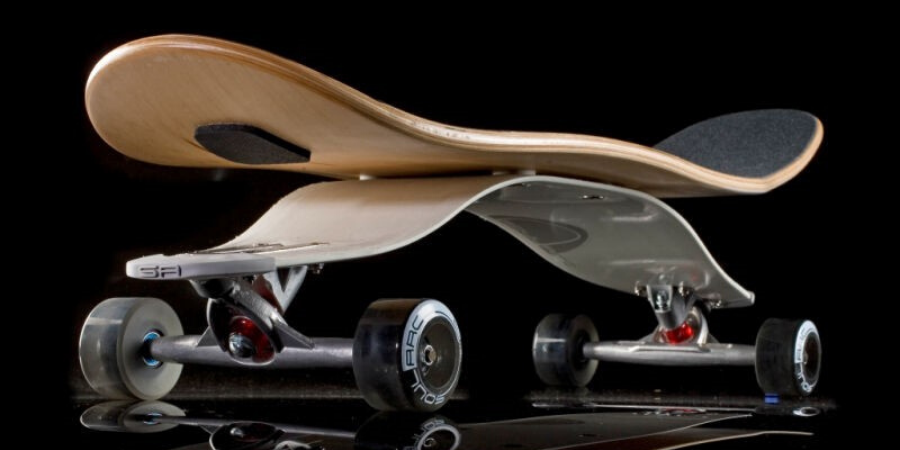 The simple, classic design of a skateboard has been a worthy muse for both beginner and more experienced engineers for decades. Although you’ll find many variations of the iconic design, most board provide a similar riding experience. But not the SoulArc skateboard.

The SoulArc was created with Creo Parametric for anyone who’s land-locked but itching to carve up a wave. The skateboard uses a composite spring that gives it a unique, fluid-like feel that emulates surfing and snowboarding in a way wheeled longboards are supposed to do and don't.

“With SoulArc, we found a way to provide a more organic and natural-feeling ride," said Salvatore Vilardi, Co-Founder of SoulArc Boards.

SoulArc’s unique design was modeled in 2008 by Mitch Mulder when he was a student at Kendall College of Art and Design in Grand Rapids, Michigan.

Mulder wanted a board that had a fluid, organic feel without mechanical components. “We could have achieved the motion we were after by adding more mechanisms, like hydraulics and pivot points, but that would’ve added costs and excess components that we didn't want,” Vilardi said.

Since introducing the initial design in 2008, they continue to improve on the design with elements like lower profile components.

SoulArc is now introducing an electric, self-propelled version of the board. SoulArc’s higher profile means that electronics can be added to the board fairly easily.

SoulArc isn’t the first electronic skateboard, of course, but the fluid feel of riding it offers a unique experience compared to that of other electronic boards. 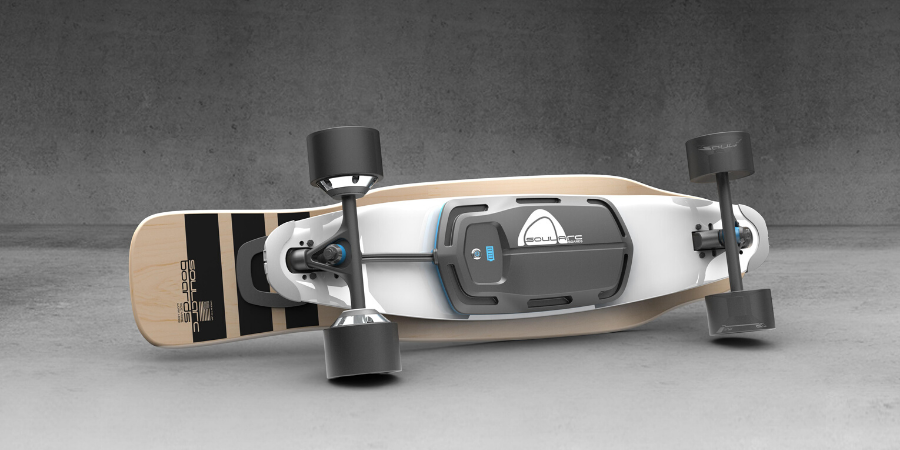 The new electric board features three ride modes. It reaches speeds up to 25 mph and can travel up to 15 miles. “Thanks to the electric motor, you don’t have to worry about pushing it and you can focus on the ride,” Vilardi said. “This is a totally different experience from other electric skateboards on the market. It’s more fun and exciting.”

“When we initially developed SoulArc in 2008, we spent a lot of time physically testing the product,” Vilardi said. “The way the front flexes is different from the way the rear flexes. That took us nine months to perfect.”

They wished they had had a better grasp of Creo's simulation capabilities. “If we would have been better at using Creo Simulation back then, we would have cut that lead time in half,” Vilardi concedes.

Nonetheless, Vilardi says they still benefited from features found in Creo Parametric. It allowed them to simulate the board’s motion and create assemblies that emulated “a poor man's version of a mechanism.”

Recently, Vilardi has been working on some Internet of Things (IoT) projects with other companies. He says, “I know IoT is coming, which is why we're planning a first-of-its-kind smart-enabled skateboard.”

They’re planning to add a projector camera Inertial Measurement Unit (IMU) sensor bar to the SoulArc. The IMU bar will project an image in front of the rider. So, for example, you could use it to work on your racing ability. You could record a ride along your favorite track. Then, you could play that back and race yourself.

Plus, the boards will be able to communicate with each other. So, you could use a friend’s recording to race against them virtually.

Even with all these enhancements on the horizon for SoulArc, the product development team is committed to minimizing physical prototypes. They plan to use Creo Parametric’s Augmented Reality features for visualization and development.

“I've tried SolidWorks and the other guys. Anytime I try to do something that has advanced surfacing or advanced functionality, the others fall to the wayside,” said Vilardi. “I appreciate how PTC is embracing where technology is going. And, with our backgrounds, we have the ability to take advantage of it.”

SoulArc Designs Skateboard of Future with Creo
The SoulArc skateboard was designed with Creo to create a ski and surf experience for riders -- and now it's about to add an augmented reality component.