Who Was Spotted at PI Apparel NYC? 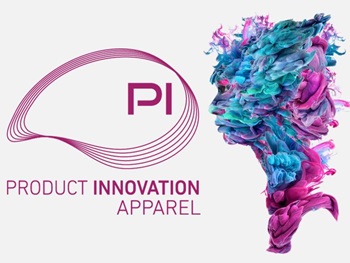 If you guessed PTC, you are correct! For the second year in a row, PTC served as a sponsor of PI Apparel NYC. The two-day conference put on by Product Innovation took place at the Union League Clubhouse, a prestigious social club in Manhattan. Over 185 RFA professionals came to the Big Apple representing big retail brand names such as Calvin Klein, Coach, New Balance, Nike, Ralph Lauren, Target and many more!

PI Apparel is a global event designed to discover the latest technologies that are disrupting the fashion, apparel and footwear industry. The hot topic this year was 3D technology and was highlighted in the keynote, sponsor presentations and on the expo floor. Craig Crawford, former VP of IT Strategy, Architecture & Relationships at Burberry hosted the event and got the crowd excited about the various technologies enhancing the retail experience with Augmented Reality apps and 3D design.

The first to take the stage was Simon Kim, Chief Strategy Officer for CLO Virtual Fashion with his presentation: ‘Why does 3D need to be at the centre of process innovation?’. Kim hit the nail on the head stating that a majority of apparel companies are investing in 3D technology, or at the very least examining what it could mean for their development processes. He went on to explain how 3D technology can change in the way companies work, design, communicate, and merchandise products. A professional demo of their application by Clo designer, Grace Choi demonstrated features like the ability to develop lifelike images; simulation of the effect of pulling on materials; built-in draping calculations based upon a certain substrate type, weight, stretch or thickness. One of their videos showcased Edward Crutchley, a UK designer, using Clo 3D to generate new ideas for his collection after only eight hours of using the solution.

The enthusiasm was pumping as Gihan Amarasiriwardena, Co-founder, and Chief Design Officer & Executive Chairman of Ministry of Supply took the stage with his presentation: ‘Revolutionizing the clothing you wear by making it smarter, more comfortable and more efficient’. After earning his S.B. in chemical and biological engineering from MIT and conducting research at the Sports Technology Institute in the UK, Amarasiriwardena brought a radically new concept to menswear. He created the Apollo Dress Shirt, designed with breathable knit fabric that absorbs sweat at the source, regulates body temperature and eliminates stains all together.

An interesting presentation, ‘The Final Frontier’, was given by Theodore (Ted) Southern, President of Final Frontier Design, a private design firm crafting aerospace safety garments for the future of space travel. Ted and his business partner Nikolay (Nik) Moiseev, Lead Designer, started Final Frontier Design when Ted won $100,000 after he entered the NASA Astronaut Glove Challenge in 2007 as part of his MFA thesis at Pratt Institute. The duo was full equipped to bring their vision to life, Ted a fine artist with a long history in costume design, and Nikolay, a mechanical engineer with a professional background in the Russian spacesuit design industry. Now, five years later, they have been selected as one of NASA’s four commercial space partners creating products like $12 million space suites are actually miniature survival spaceships. 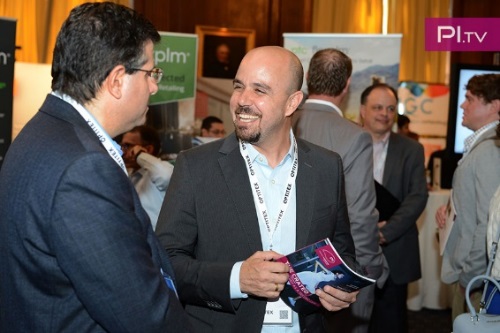 Another exciting guest who was spotted at the event was, PTC’s technology partner, Optitex, who collaborated with Under Amour for their Presentation ‘Under Armour in 3D- Making All Athletes Better’ presented by Lisa Struble, VP Apparel Development & Quality, and Jami Dunbar, VP Apparel and Virtualization. Their 3D journey began when their women’s line needed a redesign and time did not allow them to make prototypes for a sales meeting. This was a perfect opportunity to work with Optitex to create and bring virtual 3D samples to the sales meeting. Not only did they save a huge chunk of change, but the prototypes were realistic and well received. The ability to body scan athletes allows them to accurately capture the dimensions of their bodies to design products that will help them excel in their sports. Features like body scanning have helped the average number of fittings decrease from 4-5 to 1 and works for avatars of different shapes and sizes. Under Amour ended their presentation announcing the opening of their Lighthouse local manufacturing and product innovation facility that just officially opened, stating it will be what the factory of the future looks like.

Each of the presentation sponsors also held sessions and many included testimonials from customers. PTC sponsored a session on Monday along with Dick’s Sporting Goods highlighting our Retail Transformation Journey and how retailers should incorporate the voice of the customer. Ryan Miller, Director of Business Systems and Sourcing at Dick’s was able to share their PLM adoption story and encourage other retailers to embrace technology such as IoT and 3D design. When not in session, PTC representatives could be found in the Library giving Augmented Reality (AR) demos to attendees and discussing why FlexPLM is the leader in retail PLM.

PI Apparel NYC once again proved to be the place to be for both retailers and solution providers. This event has been going strong for four years and Product Innovation doesn’t plan to slow down anytime soon and neither do we. See you at PI Apparel Berlin in October!

Ericka Rodriquez is a Marketing Specialist at PTC. Prior to obtaining her position, she was a student at the Year Up program and earned an internship with the Global Support Operations Department at PTC. She gained ample knowledge of both Salesforce.com and Oracle databases, as well as experience in a corporate environment. Now, she is exploring the Marketing field and absorbing all there is to learn. I am a dedicated young professional, whose only mission is to succeed.