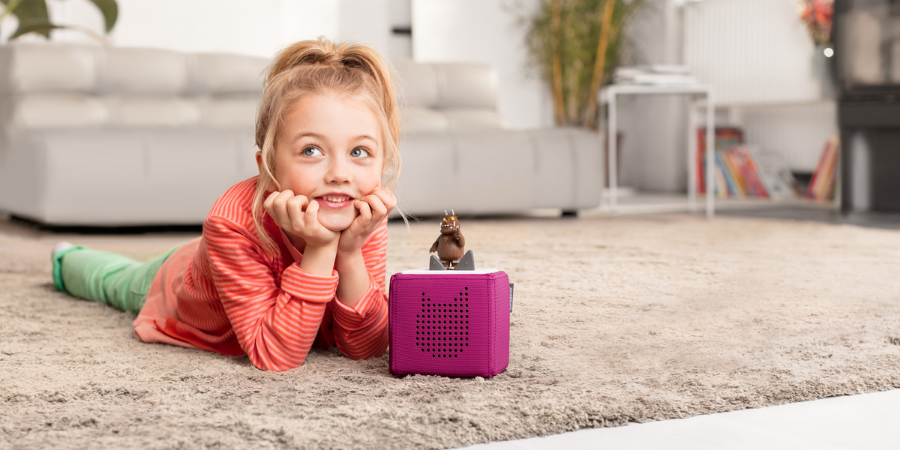 To support its rapid international growth and product expansion, Boxine GmbH, creators of the award-winning Toniebox audio system for children, will implement PTC FlexPLM. It will migrate away from disconnected legacy systems and ultimately transform the way it does business.

Headquartered in Düsseldorf, Germany, Boxine was founded by two fathers, with the principle of creating a new audio system for children. From this collaboration, the Toniebox was born: an approachable, wireless, portable audio player with internal storage for up to 400 hours of audio, and the ability to import audio stories, music, and other content from NFC-enabled Tonie audio characters.

Since its initial launch in Germany, Austria and Switzerland in 2016, the Toniebox and Tonies have become the drivers of an audio experience ecosystem for children, and Boxine has forged partnerships with publishers of internationally recognized children’s books like The Gruffalo, as well as licensed stories and characters from The Walt Disney Company.

The initial success of the concept led to rapid expansion that quickly exceeded the ability of Boxine’s ad-hoc technology ecosystem to support the company’s ambitions. After extending to English-speaking audiences in the UK and Ireland in 2018, Boxine marked the milestones of more than one million Tonieboxes and 10 million Tonies sold in 2019, and in 2020 Boxine began an expansion into North America.

In all these territories, Boxine sells through a network of retail partners, as well as through its own direct-to-consumer website. The sharp increase in demand for its products across these channels, coupled with an increase in the SKU count and the expansion of its manufacturer base, quickly became a challenge, As a result, Boxine began to evaluate the global Retail PLM market around the time of its U.S. expansion.

“We were working from disparate, disconnected spreadsheets, with no access to a single source of truth, and every day our technology platforms were working against our vision for growth,” said Axel Blattner, Boxine’s Global Head of Product Development. “We needed to quickly identify the right Retail PLM platform: one that could cope with the increase in volume and new products and product categories we wanted to introduce, and one that made it as smooth as possible to onboard new suppliers. With its easy to use and highly visual user interface, depth of functionality, comprehensive critical path, intuitive vendor portal, and extended AI capabilities, FlexPLM V12 very rapidly emerged as the best possible choice.”

As part of its implementation of FlexPLM, Boxine will deploy the platform to both in-house users and supplier partners, which is another area where PTC outmatches even its closest competition in retail PLM, as Bill Brewster, Senior Vice President and General Manager of PTC’s Retail Business Unit explains:

“As well as being retail’s most widely used and secure Retail PLM platform among designers, technical developers and sourcing teams, FlexPLM also has a larger presence in the international supply chain than any other retail PLM vendor. We are thrilled that a company with products as much loved as Boxine has selected FlexPLM to futureproof its supply chain through smart connectivity and visibility, which will be a great addition to the speed to market and efficiency improvements that they and other PTC customers in consumer products and consumer electronics are already realizing.”

Blake has an extensive international career in marketing and business development within the technology, fashion, retail and consumer products industries.

With a Degree in International Marketing Management, Strategy & Communications, Blake has worked for a variety of leading global organizations and supported them in developing and delivering their strategic vision and corporate goals.

As a Marketing Director, Blake has designed, implemented and executed both international and regional go-to-market strategies, with a strong focus on increasing brand awareness and reputation, developing acquisition/lead generation initiatives and delivering powerful sales-enablement tools.