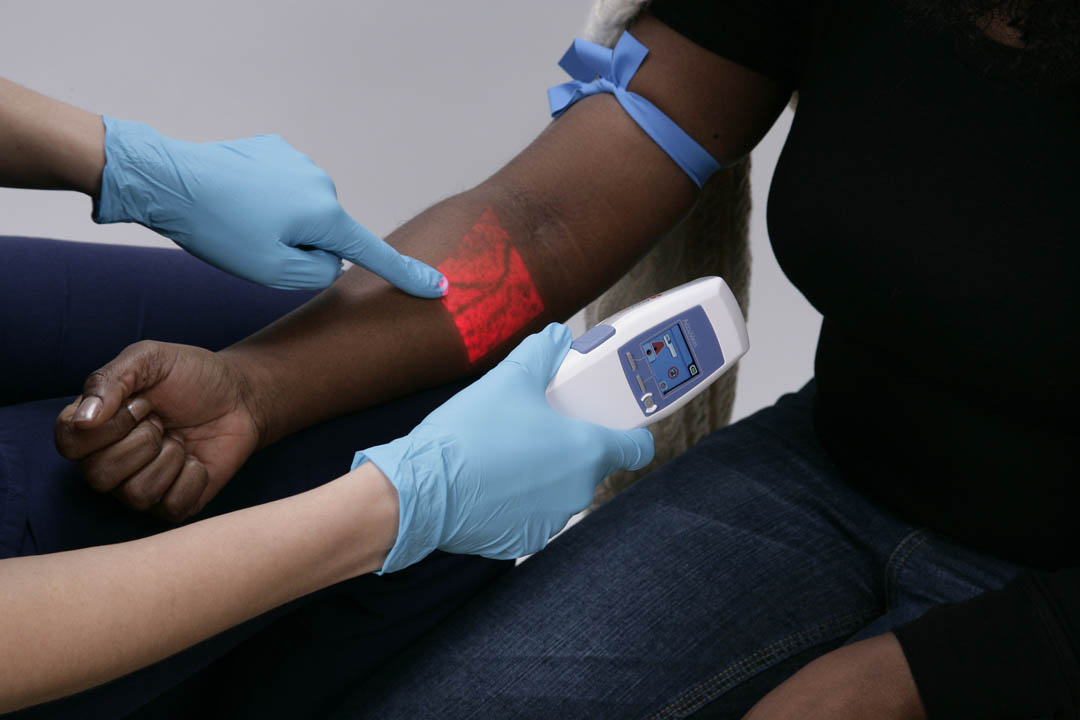 Augmented Reality (AR) blurs the line between what's real and what's computer-generated by enhancing – or augmenting – our real-world surroundings with superimposed graphics, audio and other sensory enhancements. Augmented Reality turns your environment into a digital interface by placing virtual objects in the real world, in real-time. Digital information and media, such as 3D models and videos, are introduced using the camera view of your smartphone, tablet, PC, or via connected glasses.

Most people have heard about the immersive, computer-generated environments of Virtual Reality (VR) in the context of gaming, but Augmented Reality is closer to the real world, and therefore better suited for enterprise applications.

How did Augmented Reality Come About?

Children’s author L. Frank Baum is best known for writing The Wonderful Wizard of Oz, but he was also the first to envision something akin to Augmented Reality over a century ago in 1901. His novel The Master Key includes a boy who uses electronic spectacles that overlay data onto real life, letting him know if the people he encounters are good, evil, wise, foolish, kind or cruel.

However, the term “Augmented Reality” wasn’t used until 1990 – when the phrase was coined by Thomas P. Caudell, a former Boeing researcher. Caudell, and his colleague David Mizell, came up with the idea to use head-mounted apparatus that would display an airplane’s specific schematics through high-tech eyewear and project them onto multi-purpose, reusable boards.

One of the first commercial applications of AR technology that is familiar to many was the yellow "first down" line that was superimposed on televised football games sometime in 1998 – making it easier for novices (like me) to follow the game.

Some of the biggest names in tech are on the forefront of Augmented Reality, but it was the cute little Pokémon characters that got the real discussion going around AR.

In 2013, Google started beta testing Google Glass, but after massive media coverage and initial interest, Google shelved the project due to concerns about safety issues and privacy. However, rumblings continue that Google will re-introduce Glass – perhaps geared specifically to the enterprise. The company still maintains a developer’s page for Glass at Work, and a new patent was recently published that includes an Augmented Reality lens and camera for Glass.

The Microsoft HoloLens, introduced in in 2015, is billed as the first self-contained, holographic computer, enabling you to engage with digital content and interact with holograms. HoloLens is billed as "Mixed Reality” blending experiences of both AR and VR, and as expected from Microsoft, the HoloLens website is impressive, including videos and use cases.

But, the biggest push to date for AR came with Pokémon GO, the location-based Augmented Reality game introduced in July 2016. Although the Pokémon GO hysteria was relatively short lived, nearly every article on Augmented Reality includes a Pokémon GO reference. The game went wildly viral, and for the first time regular people saw what AR could do. Although it is a game geared toward kids, Pokémon GO acted as a touch point and proof-of-concept for Augmented Reality technology that opened many doors – including doors into Enterprise AR.

AR Traction in the Enterprise

As giants like Microsoft and Google, and newcomers like Magic Leap and Meta, look to get into the Augmented Reality arena, it’s interesting to note the differences between AR and VR, and how each will play out in the enterprise.

As explained in The Economist, “AR is a close cousin to virtual reality. There is, though, a crucial difference between them: the near-opposite meanings they ascribe to the term ‘reality.’ VR aims to drop users into a convincing, but artificial, world. AR, by contrast, supplements the real world by laying useful or entertaining computer-generated data over it.”

This is why Augmented Reality will be so valuable to enterprise applications, and why The Economist predicts that AR’s first inroads will probably come in the world of work. Early applications are already popular in warehousing and manufacturing firms, to enable employees to gain information about a part or a process while leaving their hands free.

Microsoft is running trials of its HoloLens headset at Case Western Reserve University medical school to teach medical students about anatomy, and at Trimble to help the architecture and construction firm design more effectively in immersive 3D.

Despite the hype given to VR in the gaming world, Augmented Reality has the makings of a giant new market due to these types of innovative enterprise applications. Digi-Capital, a firm of merger and acquisitions advisors in California, believes that of the $108 billion a year which it predicts will be spent by 2021 on VR and AR combined, AR will take three-quarters.

Specific Use Cases for AR in the Enterprise

Sure, Augmented Reality seems to have a lot of promise, across a wide variety of industries, but are companies using it now – and, what are the applications? Here are three instances where companies are already reaping the benefits of AR.

Healthcare
The healthcare industry is exploring a whole host of ways that AR could be used. In addition to all types of training scenarios, Augmented Reality could help paramedics with advice and protocols when treating a patient en route to the hospital.

One extremely practical application already in use is from a company called AccuVein. AccuVein is using a type of AR technology to show nurses and phlebotomists the location of a patient’s veins. Since 40% of IVs miss the vein on the first try, this technology delivers real value by increasing accuracy by 3.5 times, decreasing both costs and patient discomfort.

Shipbuilding
In this shipbuilding application developed with PTC's Vuforia AR platform, AR helps workers identify and remove temporary steel that holds parts together during construction but is no longer needed when construction is complete. Newport News Shipbuilding has demonstrated a 35% cost reduction in the construction of one craft over three months by cutting down on massive drawings and using digital storyboarding instead. Overall, the company has used AR on over 50 projects to reduce cost, improve quality, improve safety, and reduce schedule.

Manufacturing
Manufacturing giant General Electric (GE) has also made a major commitment to Augmented Reality. The company plans to incorporate AR in three divisions this year to help workers assemble complex machinery components. According to Sam Murley, who leads innovation and digital acceleration at GE, the tipping point for AR will happen sometime this year. He reports that GE’s Chairman and CEO, Jeff Immelt, is fully supportive of the AR push and has said if GE can increase productivity by one percent across the board, then it’s a “no brainer.”

In 2017, GE will continue to transform its legacy processes and create new opportunities using AR to improve worker performance and increase safety. However, Murley adds, “Usability is key though … Our workforce is so accustomed and trained to use traditional devices – phones, tablets, workstations, etc. Introducing smart glasses needs to be handled with care and with an end-user focus. The best AR device will be one that requires zero to no learning curve.”

As Augmented Reality is changing the landscape for enterprises, PTC is here to help. PTC’s Augmented Reality solutions empower innovators and developers to build immersive AR experiences that transform the way users create, operate, and service products in the smart, connected world.

Click here to learn more about how you and your organization can author and deliver AR experiences for enterprise with a 90 day trial of ThingWorx Studio.