The Importance of Concept Generation in the Early Phase of Design 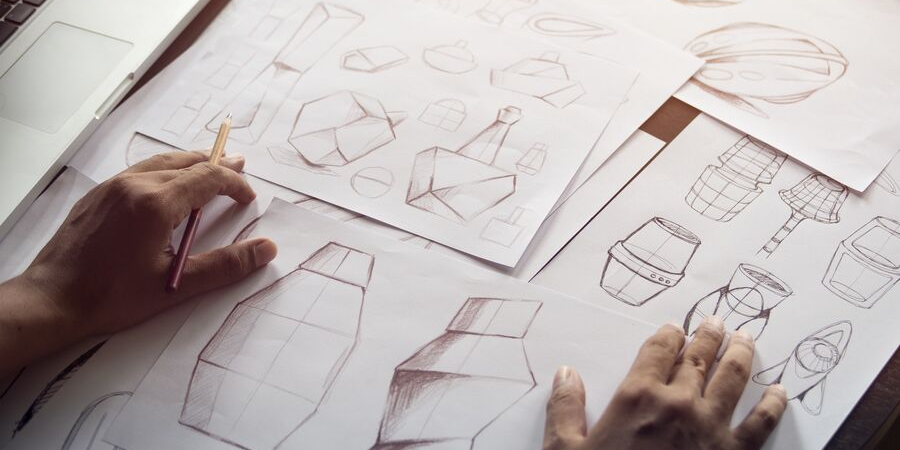 The preliminary stage of any new product development project is the conceptual design phase. During this early stage, engineers and designers rapidly explore and refine ideas by engaging in free-flowing, collaborative brainstorming sessions, during which a wide range of designs—in the form of sketches, 2D drawings and layouts, and 3D models and renderings—are considered and evaluated until a final concept design is collectively chosen.

During this time, ideas might be sketched roughly on white boards or on paper. A study entitled, Trends in Concept Design, conducted by PTC, illustrates the methods by which concept designs or ideas are captured. According to the survey, the largest percentage of the survey’s 214 participants (27%) indicated that concept designs are captured electronically in the form of 3D data, however following closely another 21% of participants indicated that concepts were more often shared via hand-drawn sketches on paper.

Regardless of how the ideas are captured, the concept phase of design is the time to assemble a company’s brightest minds to generate ideas, which in turn, are evaluated, mutated, blended and reincarnated. The most innovative ideas are generated by iterating back and forth between by multiple sources, filtering them through each participant’s various perspectives until a proposed design is agreed upon.

Carefully identifying the final product’s requirements (design intent) is extremely important at this stage, as it will serve as the sieve through which product ideas must be funneled through to assure the product will meet its objectives. As ideas are evaluated, they must be analyzed for adherence to goals and requirements. Companies must also realistically assess their current technology and whether it is sufficient to accomplish the design and manufacture of the proposed product.

Another reason why the concept stage is a critically important phase of new product design is because this is when of the majority of the total development costs is committed. According to the American Association of Mechanical Engineers (ASME), nearly 75% of the manufacturing cost of a typical product is committed by the end of the conceptual phase, meaning that only 25% of a product’s cost can be influenced by decisions made after this time.

The PTC survey backed this statistic, with results showing that 61% of participants saying that 61% of a product’s total development costs are fully committed at this stage of design. Another 43% say that 71% of the total product cost is fixed by the time they exit the conceptual design phase. As a result, if decisions made during this early phase of design are bad, manufacturers stand to lose much of the money that was committed before production even starts.

One common mistake manufacturers make is focusing in on one concept design too early and rushing to get designs into the detailed design stage, often due to outside pressures from management and sales and marketing personnel. According to the PTC survey, 67% participants indicated that they spend less than 30% of their total product development time on the conceptual design stage.

The result is often bad design decisions that carry hefty downstream costs when design issues arise during latter stages. In order to prevent such disasters, manufacturers need to really take their time during this crucial phase and afford their designers the sufficient time to evaluate multiple ideas and designs.

According to the PTC survey, 71% of respondents said that they explore and evaluate between two and five concept designs before moving to the detailed design phase of development. Of that group, nearly half (49%) explore only two or three concept designs. While there is no magic number of concept models that should be evaluated prior to moving proposed designs forward, designers should have the tools and the time to evaluate as many designs as possible.

Power Up Your Concept Design 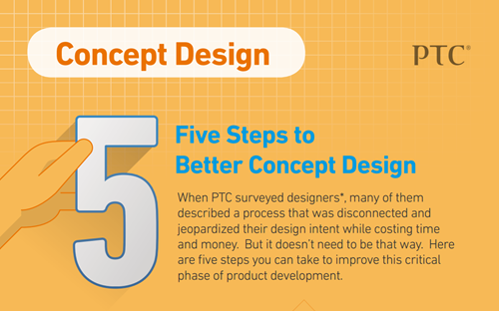