Why We Use Creo to Build Our Surgical Robots [Q&A] 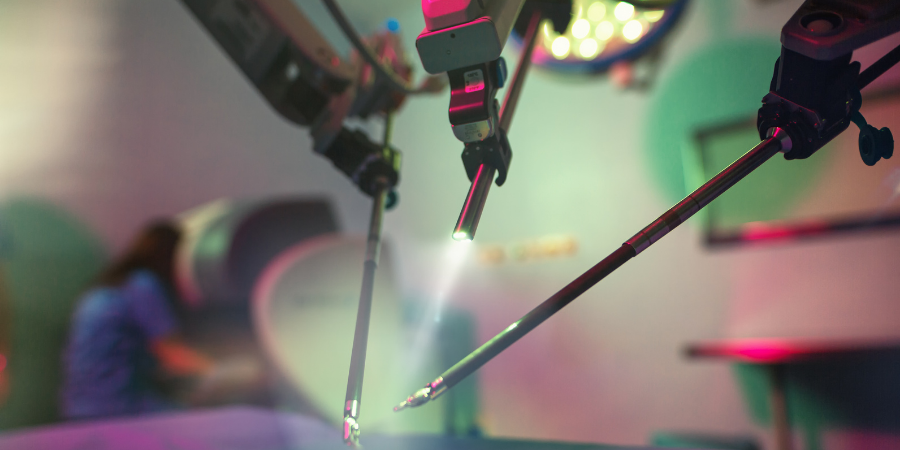 PTC: Start by introducing us to MIS and surgical robots.

Mr. Kamal: Unlike open/conventional surgery, with MIS the surgeon uses long slender instruments that are inserted through small incisions (5–10 mm) to operate inside the body.

The target organ is then viewed through a video feed, on a monitor screen, obtained from an endoscope. 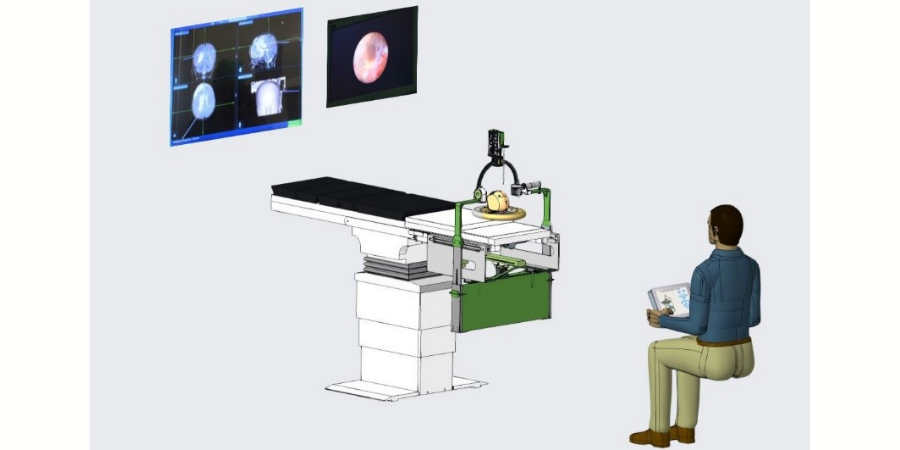 However, along with these added benefits, some inherent disadvantages of MIS arise.

Surgical robots allow us to overcome these limitations and improve the quality of operations and introduce new types of surgical procedures [1].

What makes the robotic system you're designing unique?

We are designing and developing a six degrees-of-freedom (DOF) robotic platform for pediatric neurosurgery.

The fundamental goal of our design is to provide precise and accurate motion of the end effector. That is, the device at the end of a robot arm. The end effector can be, for example, a surgical sleeve, a needle, or an endoscope.

To the best of our knowledge, no robotic system has been developed specifically to address the challenges and the need for applications like pediatric neuroendoscopy [2].

What is the overall problem that the robot system is trying to address?

These delicate and intricate procedures require the highest dexterity level and a tremendous amount of attention from the surgeons.

Our robotic system will assist the surgeons with its motorized six DOF mechanism. Each degree of freedom in the system is decoupled, which means surgeons will now have the freedom to move each axis of the motion independently.

It will improve the quality of surgery through better precision, accuracy, and repeatability. Our robotic system will enhance the safety of the surgical procedure with less trauma and a shorter hospital stay.

The ergonomic design of the robotic system will also help reduce the time of the surgery and lessen the surgeon's fatigue.

Describe some engineering challenges you overcame on this project.

At present, a major drawback of any surgical robot is its colossal size. Current surgical robotic systems require massive space in an already crowded operating room (OR).

So, our first challenge was to minimize the size of the whole robotic system. We wanted our system to integrate into the OR seamlessly. Other challenges include the early stage verification of the uncoupled motions, integration of the off-the-shelves parts, and manufacturing the custom parts with last-minute design changes.

How did Creo help you address those engineering challenges?

Creo Parametric helps us in achieving our goals tremendously.

Since we are developing a system for neonatal and infants, we wanted to know the exact workspace so we could design our system as small as possible.

We converted the MRI images (DICOM) to curves and imported them in Creo. Creo's Interactive Surface Design Extension (ISDX) helped create an accurate model of a baby's head. Then, motion skeleton models provided different options to explore without spending too much time.

Later on, we modeled a minimalistic proof-of-concept and 3D print to verify the concept. Furthermore, deep down in the design process, we use Creo for mechanism definition and simulation with custom design and off-the-shelf parts.

We used Creo Simulate extensively for the finite element analysis of critical parts of the robotic system (we did not yet have Creo Simulation Live). It would be unfair not to mention the wonders of Advanced Framework Extension (AFX) (a technology used for creating frames, structures, and assembly lines). By the time we were halfway through our project, we had realized that we should have a support structure to mount the robotic system for assembling and testing.

Luckily around that time, we learned about AFX, and we designed a rigid support structure in a single day using it.

Describe successes you've had so far.

The most significant success we have had is the first working prototype of a six DOF neurosurgical robotic system. We managed to design and manufacture such a complex system from scratch in less than three years. There was a negligible amount of waste in terms of remaking parts and rework. It helped us keep the project within the budget.

How do you see yourself using Creo in the future?

Recently, PTC offered a lot of new features in its product family. I think most of those tools will help the field of surgical robotics specifically and in biomedical generally. One of the most exciting additions is augmented reality. In the future, we want to explore Vuforia Augmented Reality in-depth along with digital twins.

I also want to use the Creo Design Exploration Extension extensively. We co-design our system with surgeons, so there is a lot back-and-forth to meet requirements. Right now, there are eight versions of this assembly. After three years, it’s easy to forget why we made a design change.

With the Creo Design Exploration Extension, you can checkpoint iterations of the design. You can also share those with your successor. Doing it manually would be tiresome and confusing. It will be more effective for design optimization studies too.

In the end, I believe I have just scratched the surface of Creo, and there is still a lot to learn and apply.

Mr. Nabeel Kamal has been working in the mechanical design of surgical robots for the better part of his career. As part of several successful projects, he earned expertise in mechanism design and CAD/CAM/CAE. He also works as a freelance trainer for Creo. In his research work at IIT as a Ph.D. fellow, he continues to dive deeper into the future of surgical robotics.