As you know, we are in the midst of a digital revolution. Products and services we could barely fathom 10 years ago, now dominate our lives and industries—think Facebook, AirBnB, Tesla, and Uber.

Take “Internet of Things” (IoT), a vast network of devices (read: products) embedded with sensors, actuators, and transmitters that connect to the internet. Gartner forecasts that by 2020, nearly 21 billion of these objects will be sending data to each other and to us. In fact, the analyst firm says as many as 5.5 million of these “things” are already going online every day.

In the future, mechanical designers will be creating more internet-connected products like this home thermostat.

If you’re in the business of developing products, that’s not trivial. The IoT could impact everything from the way you spec products to what your customers expect, how you service items, and more.

That’s why we asked some experts and industry watchers for their predictions for developers, specifically product designers.

“The term ‘mechanical design’ is no longer adequate to describe the new breed of products that people design in the era of connected devices,” says Kenneth Wong, a regular contributor to the CAD industry press since 2000. “Their primary functions are driven by electronics, software, sensors, and ubiquitous connectivity.”

Wong says that with the rise of the Internet of Things, new products will need to do more than respond to user’s desires. They’ll need to anticipate them.

And that’s not all. Wong says your next gen product will need to be “both utilitarian and accessory-like, both private and broadcast-capable, both easy to operate and sophisticated in operations.” 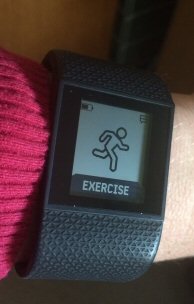 Smart, connected fitness trackers, like this FitBit, are among some of the first popular wearable consumer devices among the Internet of Things.

He acknowledges that those are tough demands to meet, most of all for anyone dead set on a traditional product development approach. “This may prove to be a steep learning curve for those who cannot break out of the classic mechanical mindset,” he says.

Chad Jackson: The requirements … will shift from just a few months to perhaps decades

“At first glance, I don’t think a lot of engineering leaders realize just how much mechanical design will be affected by the transition from developing mechatronic products to developing IoT-enabled products,” says Chad Jackson, analyst, researcher and blogger.

For example, mechanical products will need to be designed for an unpredictable future. With the IoT, on-board software will likely be upgraded over time, while the hardware remains unchanging.

“Smart engineering organizations will incorporate this into their product strategies,” says Jackson. “The requirements horizon for platform design and modularity will shift from just a few months or years out to perhaps decades.”

Manufacturers need to take this into account, he says. In addition, they’ll need to do better at verifying assumptions that are the basis of requirements for new products. “Using data from connected sensors as inputs to simulations offer more realistic outcomes, allowing engineers to make better design decisions before committing monies to prototypes.”

Kathleen Maher: Products now talk to each other, consumers, and designers.

“The long promised transformation of the product production pipeline is well underway and it’s happening exactly differently than anyone expected or predicted,” says Kathleen Maher, Editor-in-Chief of JPR’s TechWatch Report. “CAD has been at the center of production for the last 50 years, but the big changes have been coming from the outside in.”

Specifically, she means the Internet of Things. Products are now talking to each other, to consumers, and even designers.

An internet-connected bicycle sends sensor data back to its digital twin.

Maher also sees a big change coming as photogrammetry and scanning technologies become more accessible. “It’s possible to scan, capture, and produce a 3D model without ever drawing a line in a CAD product,” she says.

Soon, she predicts, customers will be able to do much more for themselves as they define the products they want.

Read more about what Wong, Jackson, and Maher had to say in our new e-book, 10 Expert Insights: The Future of Product Design in the Age of Smart & Connected Devices. They’re among some of the most prominent in the CAD, PLM, and manufacturing software industry.

Plus find out why one blogger says, “We are in front of a significant technological disruption that will transform manufacturing over the next 3-5 years.” Download yours now!