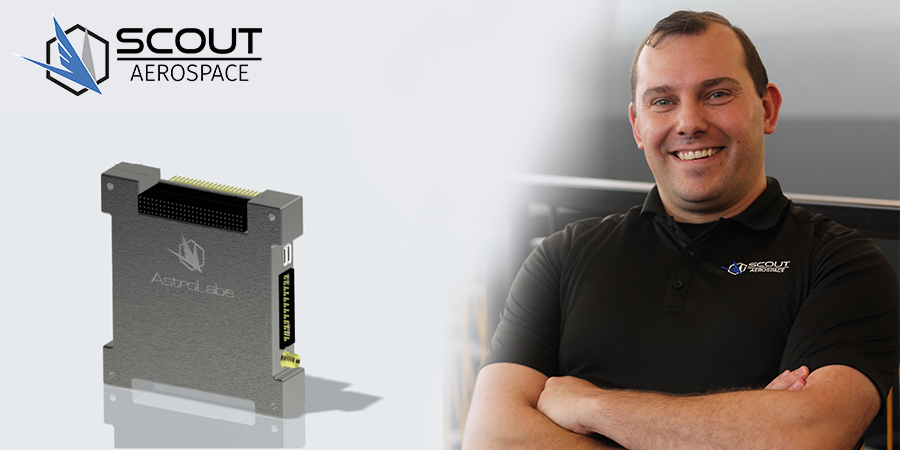 Since Sputnik first circled the Earth in 1957, we’ve put more than 8,000 satellites into orbit. For many years commercial satellites were as big as buses and cost hundreds of millions of dollars. It’s no surprise that only a handful of enterprises could afford them.

This changed in 1999 when the California Polytechnic State University and Stanford University developed a new standard for miniature satellites, known as CubeSats. CubeSats are 10 cm  by 10 cm, weigh less than three pounds, and use off the shelf components. These CubeSats were once the domain of universities and experimentalists, they’re now an affordable, cost-effective option for commercial use compared to their older counterparts.

CubeSats still rely on rockets to get to orbit. Once there, they still need support systems like communications, power supplies, and propulsion for station keeping and operations. These rockets and infrastructure systems often cost as much or more than the payload itself.

Steven Mellard, Executive Officer and co-owner of Scout Aerospace, originally began his company with the aim of reducing the debris left in orbit by actively removing discarded satellites and spent rocket boosters. These old satellites, and other pieces of decommissioned equipment float around the Earth shedding debris as they decay. Debris which has damaged or destroyed functioning satellites in orbit.

However, Mellard soon found out that without the ability to track the origins of debris or the legal mechanisms to fund the removal of these abandoned objects, there is a general lack of incentive for governments or enterprises to pay for services of satellite disposal. Mr. Mellard has since turned his efforts toward improving the navigational and spatial awareness of new satellites in an effort to combat the crowding of low Earth orbit.

Scout Aerospace shifted away from clean-up and removal to focus on designing a new platform for companies to house modular payloads in orbit. “NASA has a lot of interest in this sort of technology and has released small business research grants, encouraging companies to develop a solution,“ said Mellard. “While modular satellites exist, there is not yet a product on the market designed to host multiple payloads which are interchangeable, modular and serviced on orbit”. “We want to be the first to offer that ability”.

Mellard started Scout Aerospace in 2017 in Atlanta, Georgia. “I was a contractor at Delta Airlines doing some work on their BR715 power plants. I always had a desire to work in aerospace. That’s what drew me to Delta at the time, but I ultimately wanted to work in spacecraft,” said Mellard.

Atlanta may seem like an unusual place to start a spacecraft manufacturing company, but Mellard knew of unique local resources. “Georgia Tech has one of the top aerospace schools in the country, but as soon as those students graduate, many leave the state because while Georgia has a strong aviation economy, most spacecraft jobs are found elsewhere,” explains Mellard. “I wanted to create a new company to take advantage of the aerospace talent coming out of Georgia Tech, UGA and other universities around Atlanta and give them a place in Georgia to build spacecraft.”

The platform Mellard and Scout Aerospace are building is called Astrolabe. It’s a satellite that acts as a modular worksite, or host, to several small modular payloads. Astrolabe provides these payloads with power, data transmission, and other subsystems to help reduce redundancy and costs.

“Companies are building CubeSats, which are great because they are cost effective, but they all have a similar problem. The part of the satellite that actually makes the customer money is the payload. That's why it's called a payload. It pays for the build,” said Mellard. “Every other component, like structures, onboard computers, and solar panels, are all additional costs. They’re the extra mass and space required to get the payload operational that doesn't bring any extra value to the satellite.”

“The idea is to think of ‘payloads as a package’. You have up to 18 of these interchangeable payloads loaded onto one serviceable platform,” said Mellard. “These payloads can then be removed and replaced while the platform is orbiting Earth. Our goal is to reduce the amount of this extra, or parasitic mass, from the 40% to 60% it is at right now down to 10%, where that 10% is the mass of the frame and the hardware to interface it with the worksite, the other 90% being the payload.”

A government or commercial entity, can build their payload and install it inside a frame or cradle that has a standardized Astrolabe interface for such things as electricity and data. The payload can later be shipped to Scout Aerospace for testing and scheduled for launch. Once in space, the payload can then be delivered and installed aboard the Astrolabe worksite by an orbital transfer service. Nodes can work as individuals, or in concert as a group. The largest benefit is that when a company wants to replace a payload, they don’t need to repurchase or rebuild the satellite subsystems or infrastructure that go with it.

Reducing the amount of mass brought up to orbit and grouping small payloads onto larger, easier to track and point platform lessens the risk of creating destructive debris in the long term, which ultimately helps keep the space around Earth less congested and safer for all satellites and spacecraft.

Designing delicate yet space-rugged Astrolabe interfaces requires more than good CAD software. It takes a lot of testing to ensure the devices will absorb the stresses of a rocket launch and the inhospitable environment of space.

After looking around the aerospace industry to see what other manufacturers were using, Mellard quickly chose PTC Creo. “I noticed that NASA, many of the national laboratories, and prime contractors use PTC Creo. It’s well established in this field,” said Mellard. “I also picked Creo because of the Creators Program. I’ve used similar programs from other software manufacturers, but Creo is different because it includes the Learning Center, built-in computational fluid dynamics (CFD) programs, and the capability for environmental testing and high-powered simulation testing.”

Astrolabe worksites are not yet operating in orbit, but the platform promises to eliminate the redundant and expensive subsystems relied on by current satellites and give payload designers more mass allowance to work with. With PTC Creo and a lot of elbow grease from Mellard’s crew, Scout Aerospace is primed to deliver a future where satellite technology is more financially accessible, and ultimately, less wasteful.

Ready to Try Creo for Yourself?

Get your free 30-day trial today.

Get Started
Tags:
About the Author