Is 3D Printing A Part of Your Regular Design Workflow? It Should Be

It might take a minute or two to wrap your brain around the idea that an office-style printer can pump out a working part, but that’s exactly what’s happening across a swath of engineering departments on a regular basis.

3D printing, or additive manufacturing, is certainly not an unknown technology, but its wide-ranging impact on all stages of the development process is relatively new. A hotbed of consumer activity coupled with a new generation of more powerful and affordable professional 3D printers has people fired up about the technology, enough to have Gartner projecting a compound annual growth rate (CAGR) of 106.6% from 2012 to 2018 with revenue for 3D printers slated to balloon by 87.7% during the same timeframe.

Traditionally, 3D printing has been out of reach of the average engineer. High-end 3D printers are typically found in larger companies that can foot the bill for pricey systems and which typically make the capabilities available through a service bureau model, limiting the technology’s use. With the advent of cheaper, high-performance 3D printers, many manufacturers are refocusing their 3D printing efforts. 3D service bureaus are being redirected to production-class jobs while development groups and individual engineers are being seeded with low-end 3D printers in the hopes of making them an integral and regularly used part of the early concept and prototype design process.

The shift is happening at lots of big-name companies in major industries and at small entrepreneurial upstarts, which see 3D printing as a catalyst for new business models. Ford, for example, is pulling out the 3D printer big guns in its 3D prototyping centers to produce tens of thousands of prototype parts on an annual basis. At the same time, Ford is giving engineers access to less expensive desktop 3D printers across portions of the company to facilitate early prototyping and to promote more iterative design. At Local Motors, lauded as a next-generation car maker, 3D printing is essential to its business model of co-creation and micro-manufacturing. And there are dozens of similar stories as 3D printing settles into a mainstream groove.

The Power of 3D Printing

Tapping the power of 3D printing throughout the design cycle is effective for a number of reasons. For one thing, with an easily accessible 3D printer, engineers are more inclined to prototype a greater number of design concepts, an iterative workflow that encourages greater creativity and innovation without breaking budgets or timelines. The ability to quickly see and touch life-like working prototypes (in addition to sharing a virtual 3D model) also aids in cross-team collaboration, resulting in better designs and mitigating potential late-stage problems that routinely crop up during manufacturing.

As 3D printing technology evolves with better (i.e., more realistic) materials options and higher performance, design teams can create late-stage prototypes resembling the final product. These working prototypes can be put to test in the field, a process that provides invaluable insight into whether the part functions as intended while showcasing potential design flaws before it’s too late to fix them without incurring substantial costs.

Deploying these realistic, working 3D printed models for limited user testing can be central to the requirements gathering and validation process. Compared to alternative prototyping methods, 3D printing allows design teams to produce a working model in a much shorter time frame and for less cost. This makes 3D printing a viable, workhorse technology for proof of concepts, used among internal design team members and with potential customers.

In addition to early-stage design, 3D printing is gaining ground in direct manufacturing applications. While large-scale additive manufacturing systems have been used for decades for low-volume production, there is an influx of more affordable 3D printing platforms that support higher volume output and that can integrate multiple materials, making them a natural for production-grade output and putting them in reach of smaller companies.

A prime example is Normal, a maker of custom earphones, which has built its entire business model around 3D printing. At its flagship store/factory in New York, Normal cranks out custom-built head phones from a bank of highly visible Stratasys 250mc 3D printers. Customers create the custom designs that fuel the 3D printer’s output using tools on Normal’s web site or its mobile app.

Of course, integrating 3D printing into existing design workflows is not effortless, but it is getting easier. The new 3D printers are much more user friendly and easier to operate and maintain. In addition, leading CAD vendors are partnering with the 3D printer makers to create more seamless integration between the tools so it’s easier to prepare and share models for output. For example, PTC has aligned with Stratasys to develop better integration between PTC Creo and Stratasys 3D printers to facilitate design for additive manufacturing.

Don’t look at 3D printing as an out-there, out-of-reach technology. Today, it’s easier than ever to make this fast-evolving technology a critical part of your design workflow and benefit from big results. 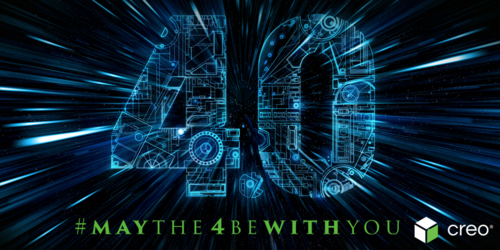 This post was published previously. It has been slightly updated.