Depending on where you live, you may be surprised to learn that the second most popular sport in the world is cricket.

Eclipsed only by soccer, cricket is beloved by more than 2.5 billion fans worldwide, most within the former British empire—places like Australia, India, and of course the UK.

The game is played with balls and bat, so you might also be surprised to learn that it can be quite dangerous. In fact, several players have died when hit with the ball, which can travel up to 100 miles an hour.

That’s why helmets are imperative to the game. 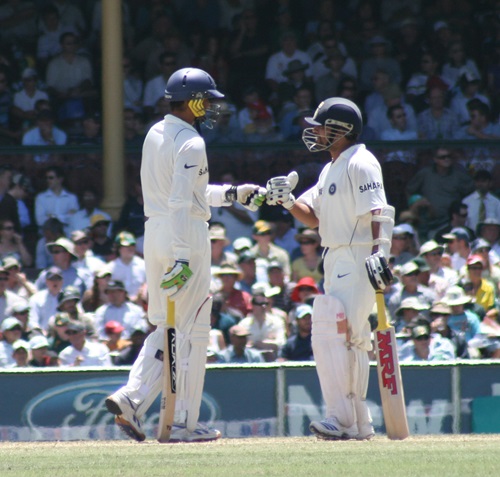 Unfortunately, the much-needed head protection, which didn’t become common until the 1970s,  introduces another set of problems. This is especially true for players in India, Pakistan, Sri Lanka, and Bangladesh.

“Most helmets are designed in UK or Australia or are copies of them,” says Prashant Subhedar, director at BANG DESIGN, a development advisory based in Bangalore.  “Designed for larger players, cooler conditions, they adversely impact the subcontinental player.”

In fact, Indian players remove their helmets during the game, and fluid gushes down like a Gatorade shower. “Most believe that it's water poured onto their heads during the drink breaks to keep cool,” says Subhedar. “It’s not water, but sweat and is aggravated in humid climes such as Chennai, Mumbai or Kolkata.”

The sweat accumulation isn’t just inconvenient, either. It can affect the batsman's concentration and degrade performance.

Sweat was just one reason Moonwalkr, an emerging sports brand formed by a group of former cricketers, partnered with Subhedar’s company to help develop a helmet better suited to the subcontinent market. They wanted a something lighter, better ventilated, and with better all-around protection than what was available to them when they were playing. 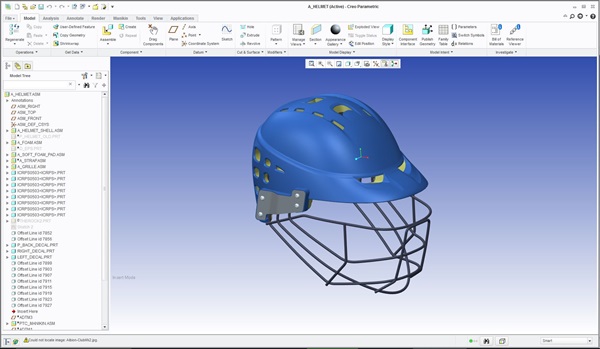 At the same time, they knew breaking into the market wouldn’t be easy. Competition is tough, and typically, anybody who wants to introduce new products must enlist celebrities for endorsements. But for a startup, paying pro-athlete fees is prohibitively expensive.

So the BANG team came up with a different idea. They challenged themselves to develop something so distinctive, that it would turn heads without the big names.

Plus, they reasoned, with a more attention-grabbing design, sponsors would be eager to add their logos to the helmet, and that would lead to even more and wider adoption.

“We wanted our helmet design to stand out and make the commentator ask the cameraman to zoom on it, increasing visibility of the team sponsors,” says Subhedar.

To do that, they would need to make a clean break from all those products designed in UK or Australia. They would have to start over again. Designing the new helmet from scratch.

“In a nutshell, we had to design a helmet that broke aesthetic typologies, offered superior protection and ventilation, was lighter than others, and lower in terms of per part cost,” says Subhedar. “The design should ensure ease of manufacturing and cost as little as possible in tooling expenses. We also had to work smartly and ensure we met international standards while keeping costs low.” 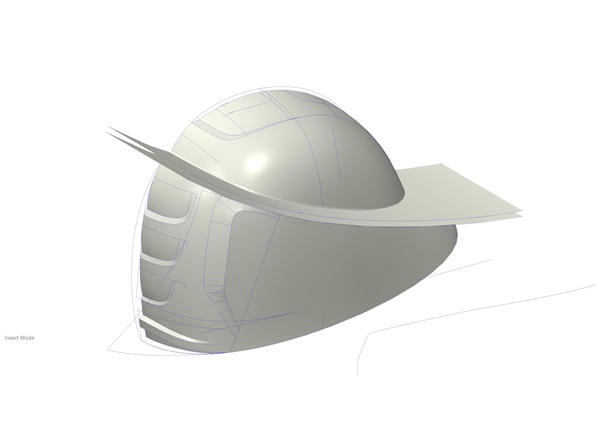 A product emerges. Scooped vents help guide air to the sweaty spots keeping the head dry and cool to improve the batsman’s concentration. Sure, the curves are cool, but they’re also functional.

The result was the ARMR1, which is probably the first helmet for the subcontinental cricketer. It is better ventilated, lighter, and sells at a third of the competitors’ prices. Plus, it incorporates neck protection, something you have to buy as an add on with other products.

As you look at the design (pictured below) Subhedar says:

Note the scooped vents that help guide air to the sweat spots, keeping the head dry and cool—and improving the batsman's concentration. They also help strengthen the helmet, make for better plastic flow helping improve the structural strength while reducing the material input. We also added more protection to key points such as the beak and the neck whilst keeping the tooling simple.

And the results?  As hoped, the moment the first player walked onto the pitch wearing the Moonwalkr product, the television commentator asked the cameraman to zoom in on it. “This was the moment we knew ARMR1 and Indian sports design had arrived on the big stage,” says Subhedar. 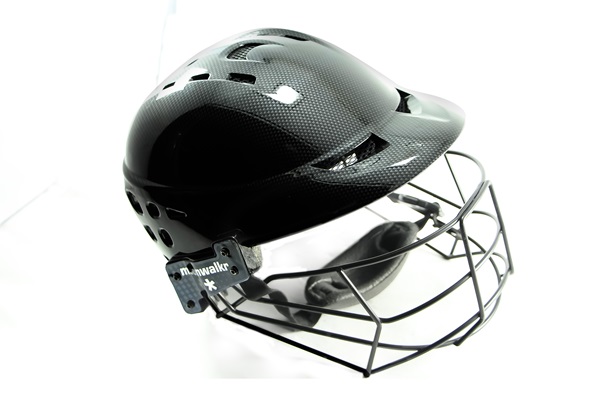 The Moonwalkr is lighter, better ventilated and offers better frontal, side and rear impact protection than current helmets on the market. And, yes, it looks fantastic.

And now, the company is getting inquiries from different national teams as well. “Something we hadn't even hoped for when we started the exercise.”

To meet their aggressive cost goals, the BANG Design team knew it had to keep the tooling cost low. So designers planned to build in all the features for the helmet into one single part!

“This would require a working environment where we could balance contradicting requirements with the ability to revisit almost every decision throughout the process,” says Subhedar.

So they worked with Creo Parametric and the Interactive Surface Design Extension (ISDX). These tools allowed the team to create surfaces with “near automotive quality” for the helmet.

Creo helped make possible those venting scoops, by allowing designers to use curvature continuous (C2) transitions, which guided the air to the sweat spots. This makes the scoops eye catching as well as avoids eddies, which improves the flow and heat transfer, says Subhedar. “We also extensively used ISDX to transition the protective beak from the front edge to the main body as smoothly as possible.”

“Creo helped us design a sophisticated product that can hold its own against established competitors,” says Subhedar.

Creo can help you create industry-changing designs, too

Cricket helmets that challenge the way a whole subcontinents look at head protection is just one good reason to design with Creo. We’ve got seven more in our free eBook Top 7 Reasons to Design with Creo.