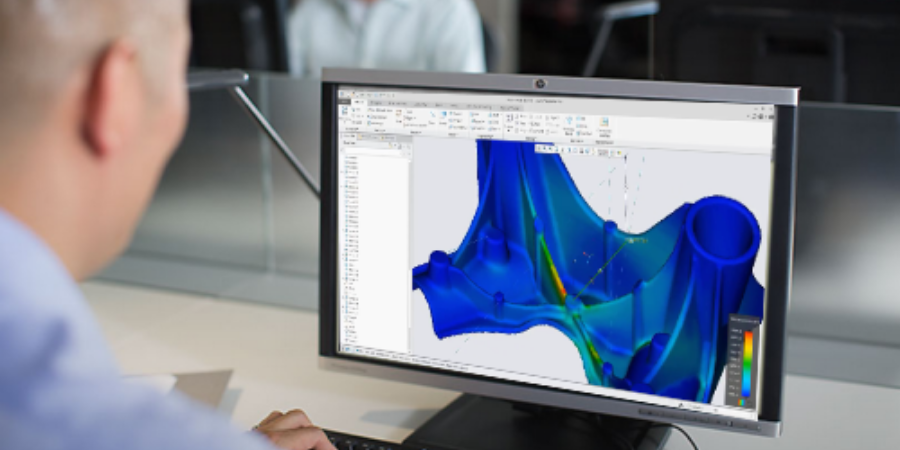 I started my engineering career as a structural analyst at Martin Marietta (later Lockheed Martin). Our teams and workflows were siloed. The designers, analysts, and manufacturing engineers worked in separate areas. Models were handed off from one group to another in a linear flow, usually with multiple cycles of the engineering design definition looped back to the design team.

After gaining some experience, often I would receive designs and know immediately, without performing an analysis, that the model would fail to meet its operating environment requirements. Common problems included:

There are a number of common structural design mistakes that aren’t always obvious to the person creating the model.

Once we received a design, though, we were obligated to perform our finite element analysis (FEA) on it. We couldn’t return it to the design team without color contour plots, stress values, and factors of safety calculations.

This resulted in a lot of wasted time. We had to perform the following steps:

This was frustrating due to the time involved, especially when you knew the model was going to fail.

Creo Simulation Live alleviates these problems because engineers have a design assistant that allows them to perform analysis in real time as they are modeling. All the common problems listed above could be detected and solved early before involving an analyst.

Having a design assistant results in the following benefits to the product development process:

Accelerated analysis. Creo Simulation Live essentially eliminates the first three steps of the process listed above. Since it takes advantage of the computing power of your graphics processing unit (GPU), there’s less need to de-feature the model or apply idealizations. The ANSYS engine behind Creo Simulation Live meshes for you. This allows you to concentrate on optimizing your model while you are designing.

Fewer design iterations and loops. By performing simulation simultaneously with design, engineers can solve common problems like load paths and stress concentrations early. They can visualize and address these issues before handing off the designs to an analyst for the formal verification.

Structural and thermal analysts can focus on the big problems. If design engineers can ensure that their component models can endure their environments, then professional analysts can make the most value of their time. If designers have already performed component and even lower-level subassembly analysis, then analysts can concentrate on validating and optimizing major subsystems and products.

Analysts love tools that solve problems before they reach their desks. Most people want to provide value at their jobs, and not hinder their teammates from doing so. By combining simulation with design early in the process, your team will be faster by eliminating iterations and allowing analysts to concentrate on the big problems they were hired to solve.

To find out if real-time design guidance is right for you, sign up for a free webcast, featuring Steelcase, and hear how this cutting edge technology helps design engineers create better products on their own terms.