What Is the Relationship Between Augmented Reality Employee Training & the Workforce Development Bill?

President Trump recently updated provisions for The Strengthening Career and Technical Education for the 21st Century Act, reauthorizing Perkins career and technical education (CTE) programs and building off a string of announcements, executive orders and other plans to accommodate for the ever-changing American worker.

The Act’s purpose is to better prepare the nation’s workforce for shifting job markets and the skills required to sustain them through CTE programs. These career preparation frameworks typically aim to train low skilled students with a standing academic record ranging between a minimum of secondary education to a few years of post-secondary education for medium-to-high skill positions.

Funding this massive retooling of the American worker is a $1.2bn federal grant program, anticipated to benefit more than 11m students. Training this massive forthcoming student base can be a scaling challenge as traditional programs may limit workers to very specific job function and inhibits them from transcending up organizational hierarchies. The sheer amount of physical resources and related costs required to train this student base can also present problematic job training practices that have long-plagued commercial markets.

The stakes of effective training will only increase as skill requirements change and baby boomers near the retirement age. The Georgetown Public Policy Institute estimates out of the 55m job openings through 2020, 24m will be new jobs and 31m will be replacing the aging workforce. The institute also forecasts that 65% of jobs will require post-secondary education, which CTE programs aim to fill. 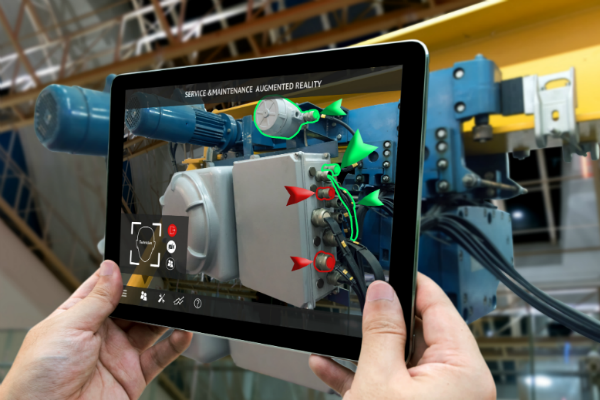 Several studies have supported the notion that AR training can increase knowledge retention. Displaying relevant information in a single context reduces cognitive load and allows the user to focus on critical thinking and decision-making. Kinesthetic learning has also shown to be more effective than traditional classroom tactics.

This AR training model presents a more scalable and interactive solution then traditional classroom mechanisms, while providing an entryway into AR technologies, currently growing across many CTE-oriented industries.

The Transition of AR into the Real World

Many of the potential jobs described by CTE programs fall under the’ front-line workers’ category, which includes a variety of field service workers and technicians such as a Physician’s Assistant, Automotive Engineer or Plant Managers. We’ve began to see AR usage span these roles, including in the training stage; IDC cites that 51% of survey respondents agree AR is driving a measurable ROI for employee training.

Augmented reality is well-positioned to link the physical and digital worlds in CTE program training rooms and real-world commercial deployments. The act opens avenues for future American workers to familiarize with cutting edge AR technology that they’ll inevitably use in the exponentially growing market; IDC expects AR spending to grow from more than $8bn in 2018 and up to approximately $120bn in 2022.