Why Design for Additive Manufacturing Matters 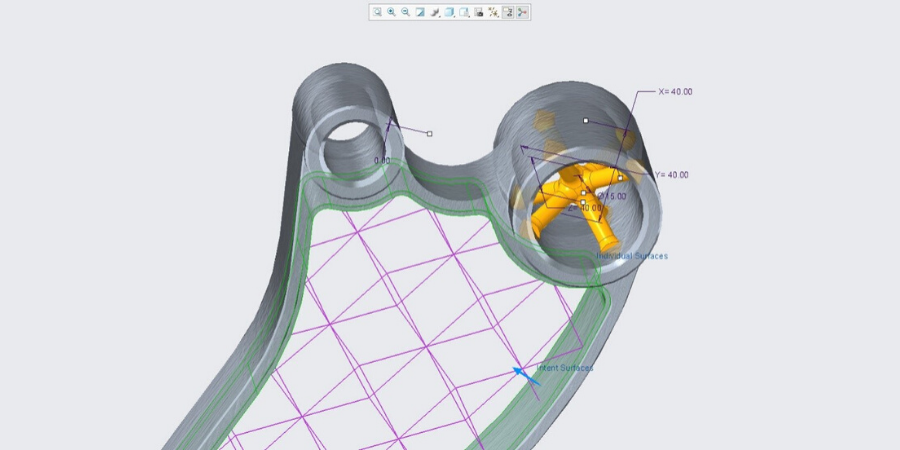 “As humans, we have been carving stuff out of rock and wood for centuries. We’re really good at it.” That’s according to John Barnes, founder and managing director of The Barnes Group Advisors, which is the largest independent additive manufacturing engineering consultancy. Barnes, a mechanical engineer by training, spent more than 20 years designing aerospace parts the traditional way. But as he told attendees at LiveWorx 19, times and technology have changed.

Rather than being about molding or shaping a material, “additive [manufacturing] is a layer-by-layer technology,” Barnes says. And it’s revolutionizing the way engineers think about how they design. In fact, it’s creating a new paradigm: DfAM or design for additive manufacturing.

The concept of design for manufacturing (DFM) isn’t new to the engineering world. It just makes sense to think about how what you’re designing is going to turn into a real-world product. What methods will be used to make it? What will it cost? How will all the parts come together? DfAM focuses on a new set of design rules made possible by additive manufacturing’s unique traits.

GE provides an example of the difference with their 3D printed fuel nozzle. They came up with a much more fuel-efficient nozzle design that couldn’t be made with traditional manufacturing methods because the design was too complex. Instead of cutting and welding 20 different parts, the GE engineering team tried designing it the AM way: layer by layer. The result of shifting their design mindset? They printed a nozzle that weighed 25% less while being five times stronger.

More recently, design engineers are incorporating CAD breakthroughs in generative design and formula-driven lattice structures to optimize their parts. Parts that would have been unthinkable using any other production method. 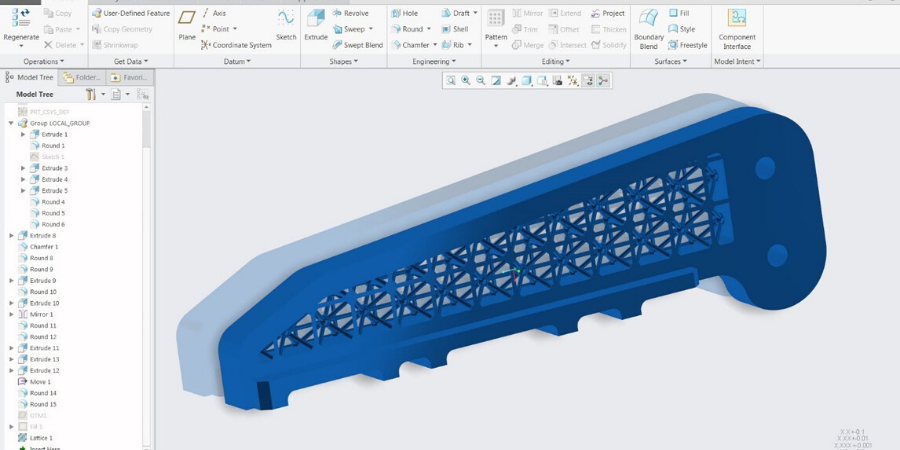 Image: A lattice structure will allow this part to weigh less than a similar solid, without compromising its strength.

DfAM Is Good for Business

As the additive manufacturing landscape evolves, companies would be smart to stay abreast of the latest developments in DfAM. Barnes’ team shows why it matters:

They analyzed the costs of a hypothetical part that would be produced via powder bed fusion. They found that 86% of the cost of the part was driven by design. While only 14% of the cost was determined by the materials used to print it. Some AM materials sound expensive on the front end, but Barnes argues in the video below that the major efficiencies come from design decisions.

Imagine how much you would shave off costs if you could reduce post processing with your design. Or optimize the layout of your print tray to produce more parts, faster.

Who says the way you’ve always made a part is the way it must be done? DfAM opens up a world of possibilities to design engineers.

Want to learn more about DfAM so you can make the case for why your team should be doing more with additive? You can view Barnes’s complete presentation in the LiveWorx archive, along with videos and slides from the rest of last year’s LiveWorx lineup.

Nicole Mattson is a former software developer who has been writing about CAD, AR, and IoT since 2015. She lives in a family of engineers and farmers who spend their get-togethers discussing the optimal way to set up the dessert table, analyzing the differences between various types of potatoes, and planning how to design a gravy keg for the dining room.

Why Design for Additive Manufacturing Matters
Additive manufacturing is revolutionizing the way engineers think about how they design, and it's paying off!