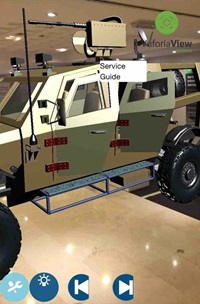 When NASA Ames pioneered the first implemented, immersive VR Head Mounted Display in the early 1980s, the innovation came 30 years after Sensorama introduced virtual reality. What does the future look like 30 years after that? VR and AR are poised to revolutionize everything from gaming to aerospace and defense maintenance, and that’s where we are today – on the forefront of a great innovative force entering the service market – and a need to embrace it with regulatory rigor, so that in Aerospace and Defense at least, it can become a part of information creation and delivery standardized by S1000D.


Before we dive into the future of S1000D, we’d do well to examine where it came from. Its formation was born from large multinational programs such as Eurofighter Typhoon, where several nations and many OEMs within those partner nations had to collaborate and exchange data for a single program. No standard existed that would permit that level of collaboration and data integration, creating an immediate need for a common international specification for technical authoring. Enter S1000D, which harmonized civil and military documentation standards.

S1000D has myriad benefits for OEMs, most notably a consistent standard for data delivery, one built on a non-proprietary, open platform.  S1000D adoption also reduces creation and updating costs for technical manuals, due to the ability to reuse data. OEMs save time, money, and resources by not needing to recreate large data sets from scratch. Supporting output for paper or IETP/IETM (Interactive Electronic Technical Manuals), S1000D allows for uniform communication across each project’s multiple stakeholders, eliminating potential errors that would come from using data from disparate standards.

Despite its many benefits for authoring, training, and lifecycle costs, S1000D also has several current limitations. For example, while S1000D supports different types of outputs, those outputs are becoming less popular ways of delivering information – think paper, PDF and PC-based technical manuals with PC-based user interfaces.) More than that, Information delivery, and consumption is fundamentally changing now with manufacturers and service organizations embracing mobile devices and VR/AR. S1000D needs to adapt to this developing (augmented) reality or it may get left behind as the standard of choice. To remain relevant, S1000D must not only adopt, but embrace this technology and apply the same rigor of data management, interoperability and configuration control so that regulatory agencies can validate the information, and have confidence in its accuracy.

Read on for more on augmented reality in aerospace and defense maintenance and what it means for S1000D compliance in Part 2 of this series next week.

Ian Boulton is a Senior Director of solution strategy for PTC’s Service Lifecycle Management Segment. Ian’s role is focused on the specific needs and requirements of the aerospace and defense vertical. Ian firmly believes that taking an enterprise wide, holistic view of service lifecycle management is a key enabler to lowering the total lifecycle cost of any modern system. Ian has been directly involved in the development of various product support standards for the last 10 years, and is a member of the AIA’s product support ILS specification working group which looks at best practice for U.S. adoption of ASD standards such as S1000D, S3000L etc.