A Giant Step for Mankind - Product Design for NewSpace 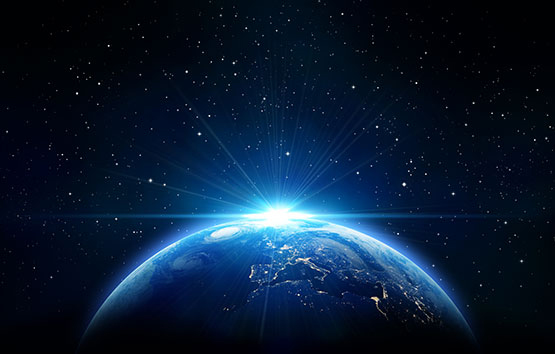 The government-led Space Race of the 1950s-60s is now being replaced by the private sector in developing cheaper, faster, and better access to space and spaceflight technologies.

NewSpace, as this shift in industry is called, is being led by companies such as SpaceX and Virgin Galactic, which are driving us closer to space tourism and better usage of satellites and other space-based technologies.

While the idea of spending summer vacation on the moon sounds thrilling, designing and engineering products that can safely accommodate hundreds of people in a zero-gravity and low-oxygen environment poses unique challenges.

In the latest episode of The Connected Engineer podcast series, Lee Smith, COO, and Stuart Weiler, Director of CAD/PLM, from Elite Aerospace Group (EAG) shared how their organization is helping to develop high-quality products for companies who are preparing to journey into space.

The immediate goal for many players is to get technology, such as satellites, into space. With the democratization of space, more and more satellites are being launched. Many of these satellites are just being launched into low orbit – a much cheaper alternative at $20-40 million vs the traditional $100-150 million. Since the number of satellites is increasing, some companies are choosing to participate in, essentially, a “ride share” where multiple satellites are launched simultaneously. This helps spread the $40 million launch cost among numerous parties.

What has captured the public’s imagination, though, is the idea of space tourism. Since bringing mass amounts of people into space offers its own challenges and poses more danger than launching a satellite, many players in the NewSpace industry are limited their initial plans to bringing guests above the 1000-kilometer “space threshold” for a few minutes of weightlessness.

However, there is already interest in using space to either shorten travel between points on the globe (a 15-hour airplane trip from LA to Sydney today could be replaced by a 30 minute rocket flight) or to build a floating space hotel.

From a product design point of view, there are a few challenges engineers need to consider. In order to continue driving down costs, manufacturers are replacing the “one and done” rockets from yesteryear with rockets that are expected to be used hundreds of times before retirement. Designers need to create a product that needs to be able to land, be inspected, and be serviced.

Possible regulations as the industry continues to grow can prove to be a hurdle – especially since the concept of outer space doesn’t fall under the jurisdiction of any particular country. Manufacturers will need to ensure that their products meet all regulations when they design their products.

When it comes to building the first floating hotels, most logistical challenges have already been addressed through the establishment of the International Space Station (ISS). For example: what should the crew do if something breaks? How fast can a replacement part be sent to the station?

To ensure that crewmembers are never left stranded, the ISS is leveraging additive manufacturing. Instead of waiting days for a part to be sent to the station, design plans can be quickly transmitted, and the part can be produced onsite within hours. But what about the difficult task of actually replacing the part? In inexperienced hands, the process can quickly go wrong – and potentially prove deadly. By using augmented reality (AR), crewmembers can be led through the steps of replacing or fixing a part.

Listen to the entire episode to learn more about how additive manufacturing, augmented reality, and other technologies are bringing outer space a little closer to home.

Julie Pike is the PLM Content Marketing Specialist at PTC. She has spent her career in marketing and communications primarily in the technology industry. Follow her on Twitter at @julie_pike.