Medical IoT Innovation: The Power to Save Lives 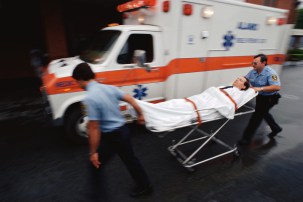 The Internet of Things is enabling the rapid development of new apps, devices, and other technological solutions for both business and consumers – sometimes even before people know they need them.

However, in the world of Medical IoT (MIoT), and in particular with medical devices, there are unique challenges that can affect the pace of innovation. The devices, which include everything from blood pressure and heart monitors to anesthesia machines and infusion pumps, are complex and costly to manufacture. They also require extensive testing, which creates longer product development cycles and iterations. In addition, safety is a critical issue, and consequently, there are complex regulations, such as those from the U.S. Food and Drug Administration (FDA) around safety.

To advance MIoT, Dr. Julian Goldman is leading an effort that focuses on medical device interoperability. Goldman is currently the medical director for Partners HealthCare as well as an anesthesiologist at Massachusetts General Hospital – Harvard Medical School and the director of the Medical Device Interoperability Program (MD PnP). It is in this latter role where he heads up a program that has received $18 million in federal funding to enable the cost-effective development of innovative third-party medical mobile apps. These apps would help in diagnosis, treatment, research, safety and quality improvements, equipment management, and adverse event detection and reporting.

Goldman believes that MIoT and programs like MD PnP can improve patient and clinical care, not only in the hospital, but also in home environments. The path to this goal, however, is not as easy as many other types of IoT initiatives.

“With many IoT projects, there is a dream and a short time later, that dream becomes a real app,” Goldman says. “But when it comes to MIoT, it’s a different story. Here safety and regulatory concerns come into play.” Goldman adds that clinicians need timely, accurate data to reduce error, treatment delays, injuries, and deaths. But right now, runners and athletes have more available data than patients and doctors who desperately could use the information.

“Imagine a person at home with diabetes that has an insulin infusion pump and a continuous glucose monitor,” Goldman says. “It would be great if these devices were connected so that blood sugar can be monitored and insulin could be automatically regulated.”

Goldman also envisions other tools in a connected MIoT environment that would improve patient care. “An integrated environment would provide people with healthy recipes, scales for monitoring weight, and activity tracking devices,” Goldman says. “These are all the things that contribute to healthy management of diabetes. However, it’s not easy to connect all of this, because safety and accuracy are critical in some of these devices, but not in others. It’s as simple as connecting a printer to a mobile phone.”

Another example where MIoT could help is medical device alarms. According to the ECRI Institute, a nonprofit organization dedicated to improving patient care, alarm hazards in physiologic monitoring systems and other alarm-generating medical devices, such as ventilators and infusion pumps, is a major concern. In fact, the organization has placed these hazards in the number one spot on two of its 2015 watch lists – one for health technology hazards and the other for patient safety concerns. When an alarm fails or is ineffective, patients can be harmed as reported in serious injuries, or even deaths.

“The MIoT – with richer contextual information – would allow for apps that make critical alarms more useful in supporting clinical decisions,” Goldman says. “Through MIoT interoperability with devices like these, we would have safer systems and be able to develop healthcare solutions more rapidly, with innovations for new sensors and activators that improve patient care.”

The Future of MIoT

When asked about the future of MIoT, Goldman says that the rate of change itself is changing, as is awareness and focus in the areas of interoperability, security, reliability, and safety.

“Five or ten years ago, we would have said this was way off and at best, 20 years away. And even less than five years ago, medical device companies were still dragging their feet because hospitals were not asking for interoperability. That is no longer true. The industry is changing more rapidly now,” Goldman says. “Patients are interested in better care, and hospitals want more access to critical data and more integration of devices. Everyone is being influenced by the expectations of what the IoT can bring to healthcare.”

Goldman is seeing early examples of what is possible under development now. “I’m seeing connected sensors and actuators, data fusion and analysis, and clinically useful solutions for the home and hospital,” he says.

Another step in the right direction of MIoT is the newly launched ICE Alliance, a nonprofit organization that is committed to establishing healthcare environments that are safe, secure, and interoperable.  “The building blocks are being formed,” concludes Goldman.

Nancy is a freelance writer and marketing consultant. She works with some of the largest technology companies in the world and is a frequent blogger. You'll see some under her name...and then there are others that you won't see. These are ones where Nancy interviews marketing executives and leaders and turns their insights into thought leadership pieces.