Why The Strategy Of Small Means Big Things To Come

In many ways, the 20th century was the century of big things.  Big buildings.  Big rocket ships.  Big ideas.  Big plans.  It was the century in which mass production became commonplace, mass agriculture fed the world, and mass movements reshaped society.  To do great things, you had to do big things.


We have lived in the world of the mighty for so long, that now a quiet revolution is happening almost below our notice.  The world of big things is giving way to the power of small acts.

While the 20th century was all about big, the strategy of small is defining the 21st century. Photo by Aaron Parecki via Flickr.


You can see this every day, if you only look.  Businesses are finding tremendous value in reorganizing as lean, agile operations – doing less with fewer, but with more determination and a lot more intelligence.  Small businesses are disrupting entire industries.  Individual entrepreneurs are taking on mighty corporate monoliths and changing the world.  Technology advances are making it possible to start a competitive business with fewer resources, and in shorter time.


The strategies of small are defining the 21st century.  And that means very big things for 3D CAD product designers and manufacturers as they work to compete in that hyper-agile future marketplace:


The Internet of Things.  Very soon, almost all new products manufactured in modern society will in some way be Internet-connected, and aware of their own operations and of its surrounding context.  They will communicate with each other in local networks, and with their designers in wider networks.  Tomorrow’s Internet, in many ways, will be like a starry night: countless pinpricks of light, each representing an opportunity and a wider vista.  3D CAD designers, rather than serving merely as product architects, will play vital roles as guides in an endless conversation with devices and customers, all focused on creating better and better products. 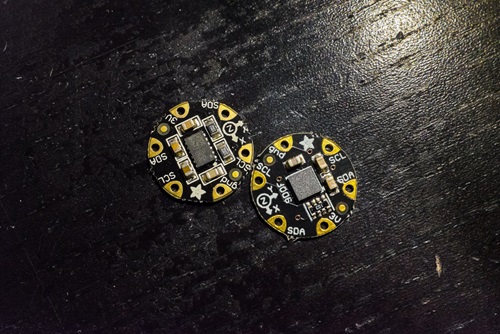 Low-cost, tiny sensors play an key role in the internet of things. Photo by Billie Grace Ward via Flickr.


Mass customization.  In the coming years, a standardized mass-produced product will be considered only the starting point in customer satisfaction, not the end.  The real value of a product will exist in your ability to offer your customers countless ways to quickly and affordably customize it to their exacting specifications.  Not only will every product be unique, each iteration of each product will be unique as well.  That trend toward mass personalization will, in turn, offer the most strategic advantage to smaller, more agile companies that can adapt to customer needs quickly.


Design and manufacturing confluence.  New generations of 3D CAD platforms are giving today’s product designers an unparalleled level of control and visibility into manufacturing processes.  3D printing and smaller, more agile CNC systems, in return, are affordably allowing designers to create more products in-house and for much less cost.  Combined, these trends are leading inexorably to an ultimate merger of design and manufacturing, where it is no longer a simple matter to distinguish the two at all.  Small decisions in design will result in significant manufacturing results, and small manufacturing platforms will enable designers to realize bigger and more impressive ideas.


The future of product design – the present, actually – will be defined by the ability to create market advantage with minimal investment, to shift direction quickly as the marketplace demands more agile performance, and to reduce the gap between the designer with a great idea and the manufacturing process tasked with producing it.  Small will be the new big, and there will be plenty of opportunities to do great things with small steps.


The small revolution is only beginning.