A batch of fresh product design stories, just for you…

Are you a woman product designer or engineer? If so, you’re one of the few (for now). The glass ceiling has now been broken for nominating a woman for president, but how far is that ceiling for women in the STEM industry? 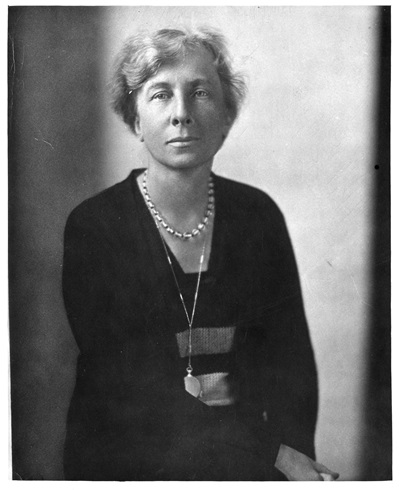 Lillian Moller Gilbreth, first female member of American Society of Mechanical Engineers in 1926. Unfortunately, not many more were to follow.

Well, according to Suzanne Singer – who received her PhD in Mechanical Engineering at UC Berkeley and works as a staff engineer at Lawrence Livermore National Laboratory – women, especially Native American women, should start smashing that glass ceiling. Here’s a quote from an interview she did with GirlTalkHQ that sums it all up very nicely:

Math was my favorite subject in elementary school, and some of the best students were girls. I never got the message that girls were not supposed to be good at math. Part of the reason is that I had teachers that encouraged me to do well in STEM, and put me in an accelerated program that did fun science exploration.

The 2016/2017 school year ramps up in the next few weeks. We’re hopeful more teachers are providing experiences like those Singer encountered as a new generation of women launch into new majors and specializations.

A group of engineers who believe that “phone owners should have their inner peace and their children lead a normal life without being distracted by games and other features found in smartphones” (that’s a real line from a real press release) have developed something they call the phonie. Yep. With a lowercase “p.” It’s a skinny, tiny unlocked GSM phone that uses a micro SIM card and fits in a wallet. The feature? Users can make calls, text and record – but not access the Internet or contacts. Okay, we’ll admit the design and engineering is pretty cool. But the “distraction” features? Isn’t that called the “self-control” button? 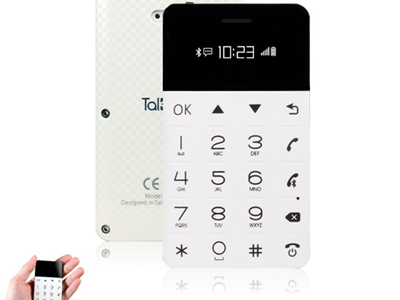 The phonie is designed for inner peace and promoting distracted childhoods

Last month, Ford Motor Company produced its own version of Escape the Room, a real-world puzzle game where teams of users have to follow clues to … escape a room.  But in this version, participants drove from place to place in a virtual 2017 Ford Escape.

If you missed the event, Mashable didn’t and reported on it. They loved it:

What do you get when you combine Escape the Room with a vehicle test drive? It turns out, a lot of fun. For us, we failed at the second room, which was designed to look like a traditional office. Something about file folders, physical books and a desktop PC flummoxed Team Mashable. The irony that an office place took down a group of co-workers wasn’t lost on us.

What happened to the simple test drive, you ask? Quit waving your fist in the air and start thinking of your products in the context of virtual games. Design for gaming, anyone?

This car is not real. It’s a game. Like Pokémon. But you win stuff.

Boeing last week released a new video of its 2016 737 MAX. The video highlights the handling characteristics, short field takeoff capability and high-banking turns. The 737 incorporates the latest technology CFM International LEAP-1B engines, Advanced Technology winglets and other improvements to deliver the highest efficiency, reliability and passenger comfort in the single-aisle market. Boeing says the new single-aisle airplane will deliver 20 % lower fuel use than the first Next-Generation 737s and the lowest operating costs in its class. To date, the 737 MAX has accumulated 3,266 orders from 68 customers.

Watch the video. Grab a barf bag. It’s quite a ride. As Popular Mechanics puts it:

You know there is going to be some good footage when a video begins: "Flown by Boeing test pilots. Do not attempt."

And the video? Oh, yes. You’ll definitely want to watch it (in all its techno/flight/swoopy glory):

If you’re looking to design inspirational products, make sure you’re using the product design software that’s best for your needs. Find out what you need to know by taking our 3-day email course. As you begin your research, use this information to walk you through each step of the 3D CAD software buying process.