If you follow NASA’s Space Shuttle program, July 21, 2011, is a date you will never forget: the final shuttle mission was completed with the landing of Atlantis, thus ending a successful 30-year run. Space nerds, engineers, designers, explorers, and dreamers all let out a collective sigh and asked, “what now?” 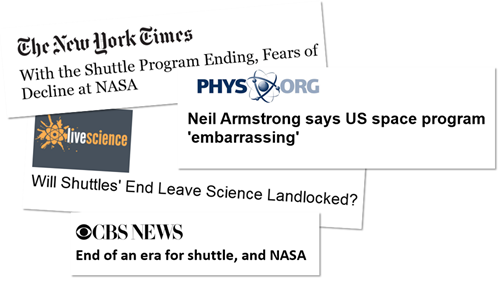 But that was five years ago, and the good news is they were completely wrong (even Neil Armstrong, sorry). There’s still plenty of space to explore and we’re still designing and engineering the technology to do so. The bad news? There really isn’t any bad news (unless you think finding dormant life on another planet will eventually lead to the extermination of the human race. We kid.)

Then there’s MacDonald, Dettwiler and Associates Ltd. (MDA). That company just announced that it has signed with the Canadian Space Agency for additional support to the ongoing robotic operations of the Mobile Servicing System on the International Space Station (ISS). MDA provides three robotic systems, which resupply, maintain, and service the space station.

[Ed. If you’re a long-time reader of this blog, you’ll recall that we talked about the robotic space arm, when the space shuttle Atlantis flew its last mission in 2011—Creo was involved with the design]. 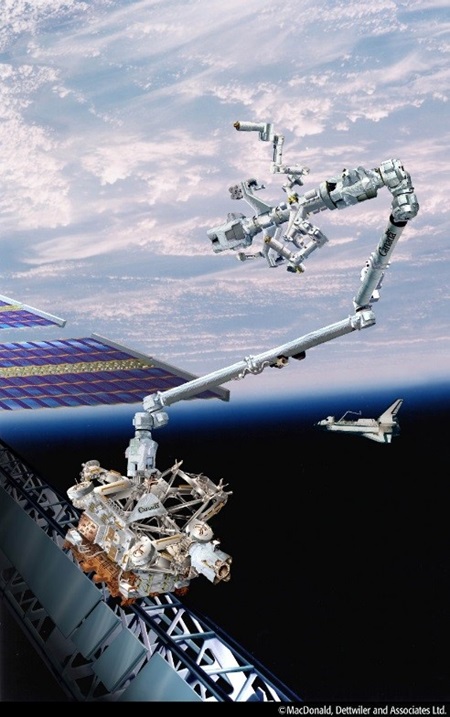 Image: MDA’s system includes the Canadarm2, the Special Purpose Dextrous Manipulator, and the Mobile Base System.

Space exploration and engineering goes on
If it seems you’ve seen a lot of announcements like these in recent years, you have. The global space economy has been growing, according to the Space Foundation’s The Space Report 2015: The Authoritative Guide to Global Space Activity. In 2014, the sector reached a total of $330 billion worldwide, up from 2013’s $302.5 billion.

Agencies in the US, as well as Europe, Russia, and even India are all pushing space exploration forward. And so are standalone entrepreneurs. As the examples above illustrate, you’ll find the industry spread out broadly among contractors and commercial space providers; in fact, they make up 76% of the global space economy.

NASA alone relies on hundreds of contractors (like MDA). And in 2014, the agency spent $2.5 billion on small businesses. Meanwhile the European Space Agency handed out nearly €4 billion to contractors in 2014.

Bottom line? Governments as well as many, many companies, large and small, aren’t giving up on the moon and solar system anytime soon. The question for mechanical design engineers is this: Are you equipped to build the next generation of space vehicles, robots, and rockets? Space exploration is clearly alive and well, but it will need your know-how and imagination to propel it to new heights.

The future of design

No matter what industry interests you-- space exploration, automotive, medical devices, home appliances--nobody wants to find they've been passed by. That's why we checked in with industry experts to find out more about what the future holds for product designers. Are you and your company adopting the skills you'll need to stay competitive in 2020? Read their answers in our free e-book, The Future of Product Design in the Age of Smart & Connect Devices.