Last week, FastCo Design announced its candidates for “5 Design Jobs That Won’t Exist In The Future.” While some fall outside of this blog’s audience (UX, Visual), at least one hit close to home: Traditional Industrial Designers!

According to the FastCo story,

“…classically trained industrial designers who remain too attached to the ‘industrial’ parts of their profession—in other words, overly focused on the sculptural look of a product—will become, … “designosaurs.” 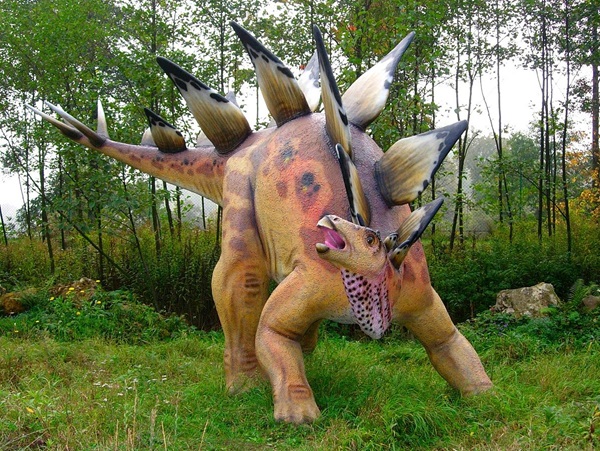 Expand your skills to avoid becoming a designosaur. Image by Jakub Hatun via Wikimedia Commons

Designosaurs? We wish we would have thought of that word.

Note that the magazine isn’t saying good design no longer matters. Rather, that product designers will need to expand their skills to remain relevant.

"More than ever before, industrial design cannot exist in a vacuum," writes Artefact's Markus Wierzoch.  “The issue is that form no longer follows function and function only—software is also involved. That means industrial designers in the future will need to evolve to think about the total end-to-end user experience"

New job descriptions will replace traditional roles, according to the article, including those that fall under the category of “Post Industrial Design.”

"As every object becomes connected—from your couch to your fitness bracelet, the hospital room to your wallet—we need to think about connected experiences," says Wierzoch. "[These] offer much broader value propositions, which means we need to change the [design] processes used to define these objects beyond their immediate form and function."

In short, designers who want to move forward will need to take into account the Internet of Things (IoT).

(If you’re not yet familiar with the IoT, here’s a quick introductory video:

“The designer of the future, charged with designing an electrical toothbrush, will need to make sure their toothbrush can connect to an app, give users brushing stats, as well as plug into the future smart home. It's just not enough to design something that cleans your teeth well anymore.”

None of this is unlike what 10 industry experts told us recently about the future of product design.

“IoT is going to change the scale of data that modern product development and manufacturing companies are consuming,” says Oleg Shilovitsky of Beyond PLM. “A tremendous amount of data will be collected from connected devices and this can be transformed into consumable information assets”

What will the next generation of designers need to do with all that new data? Create more competitive designs.

With all this data, designers and engineers can see how products are used in the field, where customers tend to have problems, and what functions are not used, says Michelle Boucher, Vice President of Research for Engineering Software for research firm Tech- Clarity.  “This data can provide an invaluable resource to enable better decisions around product enhancement such as how to improve ease of use, where to make quality improvements, and what innovative ideas will benefit customers the most.”

Our experts go on to predict that designers can expect to see mixed reality reshaping their future, too.

“CIMdata sees a growing role for both virtual and augmented reality in the way CAD modeling will be both enhanced and leveraged, changing the way products are designed and supported,“ say two analysts from that firm. 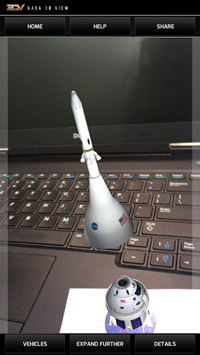 Augmented reality demo. With the AR app enabled on a mobile phone, users can see and interact with a 3D model (in this case a NASA space craft) on a real-world laptop keyboard.

“We’ll soon have a more immersive set of tools that afford us greater interaction with products in development,” says Al Dean, Editor-in-chief and cofounder DEVELOP3D Magazine. “Examples might be strapping on a virtual reality headset for a walk around your product iteration or an augmented reality headset that gives insight into that same product in the context of the real world.“

If we were to whip out our Magic 8 Ball, we’d say 3D CAD designers are in a good place. Good design is good design (still) while designing for data is not only smart, it’s the path that users are already on. Get on that path, think like a user, embrace IoT, data, mixed reality, and design. Stay relevant.

Find out more about what experts are saying about 3D CAD design, IoT, augmented reality, and the future of design. Download the free e-book here.