Last Wednesday night, the game Pokémon Go became available in the United States. Within a day, 50,000 people had downloaded the app. By Sunday night, app stores suggested 10+ million more “trainers” had signed on. In fact, one site is predicting that by the time you read this, Pokémon will be more popular than Twitter.

If you’re not familiar with it, the game involves capturing and training virtual Pokémon out in the real world. It does that, in part, by using augmented reality (AR). Defined as “A live view of a physical, real-world environment whose elements are augmented by computer-generated input such as graphics,” AR blends the world around you with the games you play on your computer.

As a result, AR is helping to bring players out of their houses and into their neighborhoods as they search for pocket monsters among familiar surroundings. 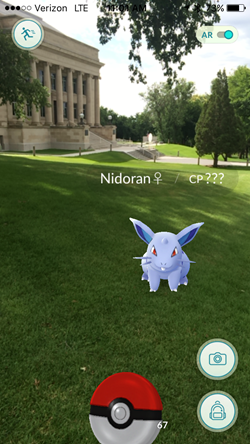 For many, this will be their first encounter with AR. And while it’s clearly going to change the face of entertainment, it’s not just for fun and games. It turns out, some product developers have started using similar technology, not to catch pocket robots and spaceships, but to help make better real-world objects.

Physical prototypes, whether they’re watches or car parts or tractors, are always much more expensive and time consuming to build than digital models. Think about the difference between writing a letter by hand compared to writing one online; it’s always easier to try out alternatives, fix problems, and polish your work on the computer. That’s why engineers generally create a product in 3D CAD software first. They test it online, fix it online, test it some more, and show it to stakeholders, and get approvals long before they build it.

Unfortunately, even after all of that, they can still find out that factories can’t assemble the new car part, customers don’t like it, or technicians can’t fix it.

AR helps prevent that unpleasant news by taking digital modeling to the next level (the same way it’s just taken games to the next level). With AR, engineers can make 3D CAD models so real, that more people can tell early whether the model will work for them or not.

Here’s an example of how it works. Take the Polaris Slingshot, a super modified 3-wheeled motorcycle. Using AR, you can see what those mirrors will look like on the real vehicle, before the real ones are ever manufactured. 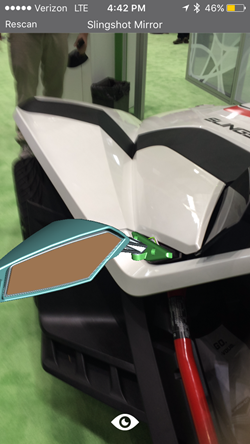 Don’t like the sharp edges? Quickly create a more rounded version, to see if that suits you better.

Once everyone’s agreed on the design, then send the CAD models to manufacturing—more confident that you’ve arrived at just the design your customers want.

Developers can use this technology in other ways, too. In the future, you might have automobile dashboards that change with the flip of a setting on your smart phone. Or complicated repair instructions that even a novice technician can follow.

The scene below shows a floating image of a battery that’s physically inside the sealed box below it. Using sensors, the AR image also shows output values at various sites on the board. That way, technicians can evaluate the health of the device, and closely pinpoint problems, without disturbing sensitive electronics inside. 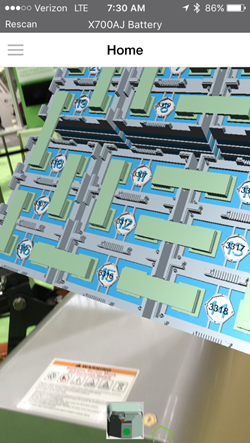 Okay, it’s not cute, and it won’t get stronger if you take it to the gym. But it’s definitely a cheaper and easier way to fix high tech equipment than prying pieces apart with a screwdriver.

The mirror and battery examples in this post were developed with PTC’s AR platform Vuforia. With Vuforia, you can develop apps that allow your mobile device to recognize and track images (like special “vumarks”), in real-time. To try it out, just download Vuforia View Enterprise, and point it at a vumark”--the app comes with samples you can start playing working with immediately.

Use it to show your friends and even coworkers how to take your 3D CAD data further than ever before.

Executive Leadership Makes (or Breaks) Digital Transformation Success ...
Organizations with leadership that have bold executive leadership, cro...
Augmented Reality Industrial Internet of Things Digital Transformation
What Is Computational Fluid Dynamics?
Computational fluid dynamics is simulation and analysis performed in c...
CAD Simulation
Trends in CAD and Product Design 2022
What challenge stands out the most for the industry in 2022, regarding...
CAD