The SRAM team wanted proof that their components weren't holding up. Everything seemed just fine when they “tuned” the bikes initially. That is, when they optimized their shock absorbers to the manufacturer’s frames. In fact, they suspected the issue might be coming from the bike frame itself.

But pointing fingers wasn’t going to get anyone anywhere. The component maker needed a more definitive explanation for why the racing team wasn’t getting the ride they wanted.

That’s where Roger Cook came in. Cook is a CAD Analyst for SRAM; he’s also a mechanical engineer, which put him in a unique position to investigate the problem, not just physically, but digitally.

Developing the best ride without ever getting on a bike

“In the past,” he says, “the manufacturer would send us a frame. Someone would ride it and provide feedback as we tried different tuning setups.” The SRAM team would then recommend a set of components that would provide the most effective ride for the frame.

“We look at a bunch of options such as air volume, compression, rebound, lock out,” he says. “There’s 5 or 6 different levers that we’re pulling to determine the best shock for that frame design.” 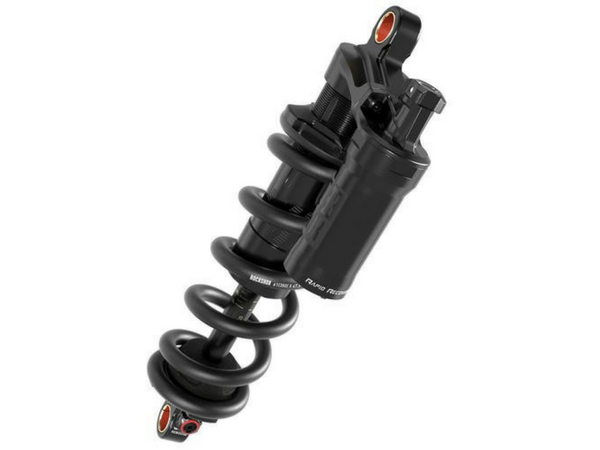 But in response to the challenge coming from the racing team and the bike OEM, Cook took a more mathematical approach to finding and resolving the problem.

Long story short: he started using simulation tools within his CAD software to evaluate not only his company’s shocks, but also the bike frames they were attached to. In the end, the results confirmed what Cook suspected all along: the frame had some design features that were holding the bike back.

As an ME, Cook says he feels strongly that too many people use design software just to draw parts. “Then they do the engineering work somewhere else—in Excel or even with pen and paper.”

With the tool Cook and team developed for SRAM, he showed that the CAD system could create more than geometry and BOMs, it could also answer complicated questions about part performance and even defend a designer’s work when challenged.

After that, there was no turning back, Cook says. “That’s where it started. We rolled the new tool into all our future product development projects.”

With this new digital approach, SRAM virtually evaluates and analyzes frame suspension kinematics and characteristics, without the need for a physical frame. That means the company can recommend a base set of shock absorbers to customers much faster and at a lower cost.

Best of all, the company already owned everything they needed in their 3D CAD package. “There are some specific bike CAD software packages you can get to do this type of analysis,” he says. “But with Creo, we don’t have to buy anything additional. So it was essentially free for us to develop this tool.”

Learn more about how simulation can take your team to the next level. Download our free infographic to learn the Top 5 Best Practices and get started realizing the potential of simulation: fantastic products.