The New Blade Runner Movie: Our Guess at the 5 Technologies You’ll See

We admit it. We’re huge fans of the film Blade Runner. Last year we did a post on how accurately the film predicted the future. We’ve even mulled around ideas on how to keep writing about the film. And then? Bam, the internet revealed the news that (and frankly we don’t know how to say this without screaming in all caps) there’s a new Blade Runner movie coming out.

Called Blade Runner 2049, it stars Ryan Gosling (of course it does) as a cop searching for Harrison Ford, reprising his role from the original, who has been missing for 30 years.

And, since this an engineering and product design blog, we have some thoughts on what emerging technology in 2017 should be featured in this futuristic film.

If we’re completely wrong, feel free to leave a comment here in 2049.

Robots. This is a no-brainer. There were fictional bioengineered or biorobotic androids, or replicants, in the original 1982 film. They will be in this film as well. And since it’s now 30 years later, we expect the replicants to be smarter, deadlier, and harder to capture.

Autonomous vehicles. Oh, yes. There will be self-driving cars. But even better. These cars and carriages will fly high above the crowded streets of downtown Los Angeles. So, maybe? No traffic? Dream on.

Internet of Things (IoT). Maybe. If the internet doesn’t get shut down by the fascist world-run government in in 2034, it still might play a role. One thing is for certain, we’re not going back to a pre-smart connected world. You’ll have to pry that IoT device (that tells us when water in our glass is almost gone) from our cold, dead hands.

High-speed transportation. We’re talking hyperloop. It’s a quickly moving technology that seems to be making great strides to become a reality. We don’t see it slowing down, and by 2049 it could be connecting cities (what’s left of them) with people … and replicants.

Rise of the drones. The drones of today will seem Flinstonesque compared to those in 2049. Personal drones. Drones in every single home. Drones with their own personalities. However, improved safety and huge regulations will become the norm after the Great Drone Riot in ’39 (trust us, it’s going to be messy). 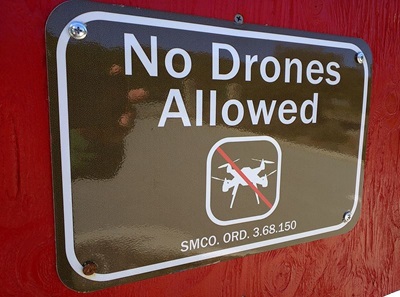 The good news? Whatever the technology, device, or product, they’re going to need good designers and engineers in 2049. The bad news? There might be an android that’s smarter than you doing the work. Plan accordingly.

What else does the future hold for product development? We asked 10 experts for their thoughts and insights. Find out what they said in the free eBook, 10 Expert Insights: The Future of Product Design in the Age of Smart & Connected Devices. Start preparing for your product design future today!